Army Kills A Child, Injures Three Others, In Central Gaza 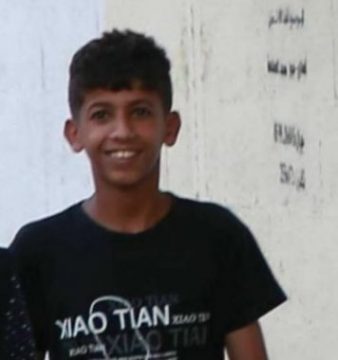 Israeli soldier killed, on Thursday evening, a Palestinian child, and injured three others, after the army attacked protesters, east of the al-Boreij refugee camp, in central Gaza.

Palestinian medical sources said the soldiers shot Amir Abdul-Hamid Abu Mosa’ed, 16, with a live round in his chest.

They added that the soldiers also shot three other Palestinians with live fire, including one who suffered a life-threatening injury.

Media sources in Gaza said dozens of Palestinians marched on their lands, close to the border fence in central Gaza, before the soldiers fired many live rounds, in addition to gas bombs and rubber-coated steel bullets at them.

Many Palestinians suffered the effects of teargas inhalation, and received the needed medical treatment. 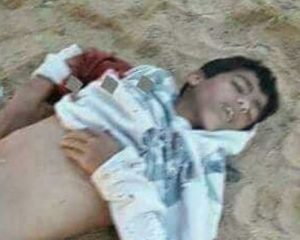