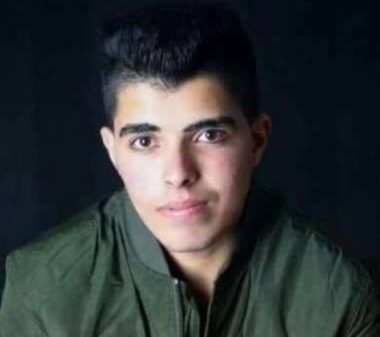 Israeli soldiers killed, on Thursday evening, a Palestinian child from Iraq-Burin village, south of the northern West Bank city of Nablus, after the army fired live rounds at dozens of Palestinians who intercepted an attack carried out by colonialist settlers into their village.

Media sources in Nablus said many armed Israeli colonialist settlers infiltrated into the village and attacked several Palestinians before locals intercepted them and forced them out.

Israeli soldiers then invaded the village and fired dozens of live rounds, rubber-coated steel bullets, concussion grenades and gas bombs at the Palestinians.

Medical sources said one child, identified as Ali Omar Nimir Qeino, 16, was shot with a live round in the head, before he was rushed to Nablus Specialized Hospital, where he died from his serious head injury. Locals said Qeino was shot by an Israeli army sharp-shooter. It is worth mentioning that, on Wednesday, the soldiers placed concrete blocks at the western entrance of the town, and installed a military roadblock.

Qeino was shot in an area not far from the military roadblock, and the concrete blocks.

Also on Thursday evening, the soldiers killed a Palestinian child, identified as Amir Abdul-Hamid Abu Mosa’ed, 16, with a live round in his chest, and injured three others, east of the al-Boreij refugee camp, in central Gaza.