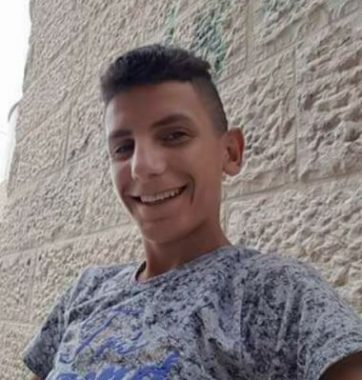 Israeli soldiers killed, on Friday at night, a Palestinian child in the al-‘Arroub refugee camp, north of the southern West Bank city of Hebron, and caused moderate-to-severe injuries to another child, after ambushing them and opening fire at them.

Dr. Mustafa Takrouri, the director-general of the al-Ahli Hospital in Hebron, said the slain child, Morad Yousef Abu Ghazi, 16, was killed by a live round to the chest. He died while being transferred to the hospital.

Dr. Takrouri added that another child, identified as Saif Salim Roshdi, 17, was also shot with a live round in his chest, and is currently at the intensive care unit, suffering moderate-to-severe wounds.

The Israeli army claims that the soldiers “ambushed Palestinians in the refugee camp as they attempted to hurl Molotov cocktails on military vehicles.”