Army Orders Palestinian To Halt Construction Of His Home Near Bethlehem 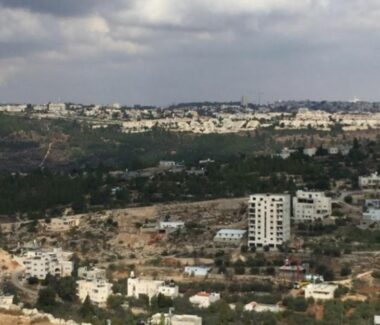 Israeli soldiers ordered, on Tuesday, a Palestinian to halt the construction of his home, in the al-Walaja village, west of Bethlehem, south of occupied Jerusalem in the West Bank.

He added that the soldiers then handed the halt construction order to the owner, Mohammad Abu Razeq, alleging he was constructing the building without a permit from the Israeli occupation authorities.

Awadallah also said the soldiers summoned Abu Rezeq for interrogation at the Etzion military base and security center, south of Bethlehem.

On November 12, the soldiers demolished a Palestinian home, a wall, and sheds in the al-Walaja.