Army Photographs Homes, A Graveyard And A Spring, In Bethlehem 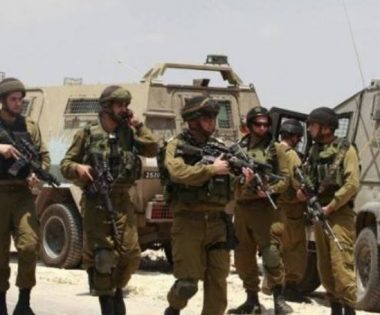 Israeli soldiers invaded, Tuesday, the al-Walaja village, west of Bethlehem in the occupied West Bank, photographed homes and a building, a graveyard and a water spring.

Ibrahim Awadallah, an activist from al-Walaja, said dozens of soldiers, accompanied by employees of the Civil Administration Office of the Israeli military, invaded the town, especially Ein Jweiza and al-Hadafa area, and the local graveyard.

He added that the soldiers photographed three homes, owned by Mahmoud Mohammad Awadallah, Emad Faraj and Ibrahim Nairoukh, in addition to a structure owned by Hamed Shweiki.

Awadallah also stated that the soldiers photographed the town’s graveyard, and a local spring.

Al-Walaja has been subject to frequent invasions, and witnessed demolition of homes and walls, in addition to the dozens of demolition orders the military issued and handed to many families under the pretext of being built without permits.