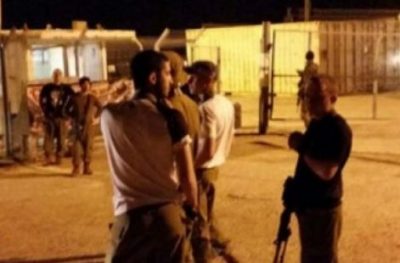 On Tuesday evening, the Israeli army lifted a gag order on information regarding the arrest of five Palestinians from Ni’lin village, west of Ramallah, who reportedly carried out a shooting attack targeting Israeli soldiers, last week.

According to a report by the Israeli Radio, the Israeli Security Services found out while interrogating the Palestinians that they purchased weapons in the West Bank, and carried out a drive-by shooting attack targeting the army.

It added that the army managed to locate the vehicle, and the weapons, used in the said attack.