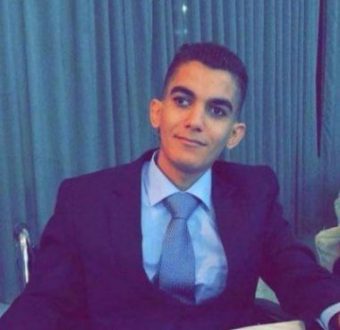 Palestinian medical sources at the al-Makassed hospital, in occupied East Jerusalem, has reported that a young man died, on Thursday at dawn, from very serious wounds he suffered in 2007, after undercover Israeli soldiers shot him with live fire, in Ramallah, in central West Bank.

The sources stated that Mahmoud Jamal Jouda, 23, was only 14 when was shot by soldiers in an army helicopter, and remained in a very condition, suffering constant complications and deterioration in his health condition.

He was shot in the spine, and the bullet was lodged in his spine, causing paralysis.

Jouda died while receiving treatment at the al-Makassed hospital, in at-Tour, in occupied Jerusalem; he suffered multiple gunshot wounds.

His father, Jamal, said that Mahmoud was only 14 when he was shot in his spine continued to suffered complications, and that he was moved to the Palestine Medical complex in Ramallah, before he was transferred to an Israeli hospital, due to the seriousness of his condition.

The child was later transferred to a rehabilitation center due to his paralysis, and was regularity treated in Palestinian, Israeli and Jordanian hospitals, due to various complications, including pressure sores and infections, and also underwent a colostomy surgery.

His family is from the Gaza Strip, and moved to the West Bank in 2007, after the internal armed conflict between Fateh and Hamas in Gaza.

His father is currently trying to transfer his body to Ramallah, in order to conduct proper burial ceremonies, and called on the Palestinian Authorities to help by contacting the Israeli side in order to facilitate the transfer and the needed coordination.