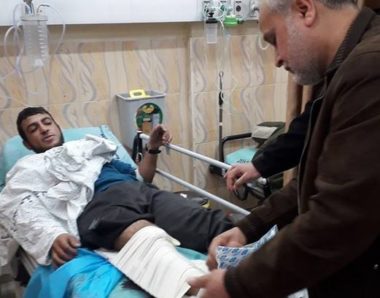 Israeli soldiers shot, Wednesday, a young Palestinian man east of Beit Hanoun, in the northern part of the Gaza Strip.

Media sources said the soldiers opened fire at a Palestinian, in his twenties, and injured him in the leg.

The wounded Palestinian suffered a moderate injury, and was rushed to the Indonesian Hospital, in northern Gaza.

Dozens of Palestinians also protested at night near the perimeter fence, especially east of Jabalia refugee camp, in northern Gaza, and the army fired many high-velocity gas bombs and several rounds of live ammunition.

In related news, Israel Channel 7 has reported that the army was investigating a report about a flammable balloon that “exploded next a house in the Eshkol Regional Council of Settlements, causing damage.”