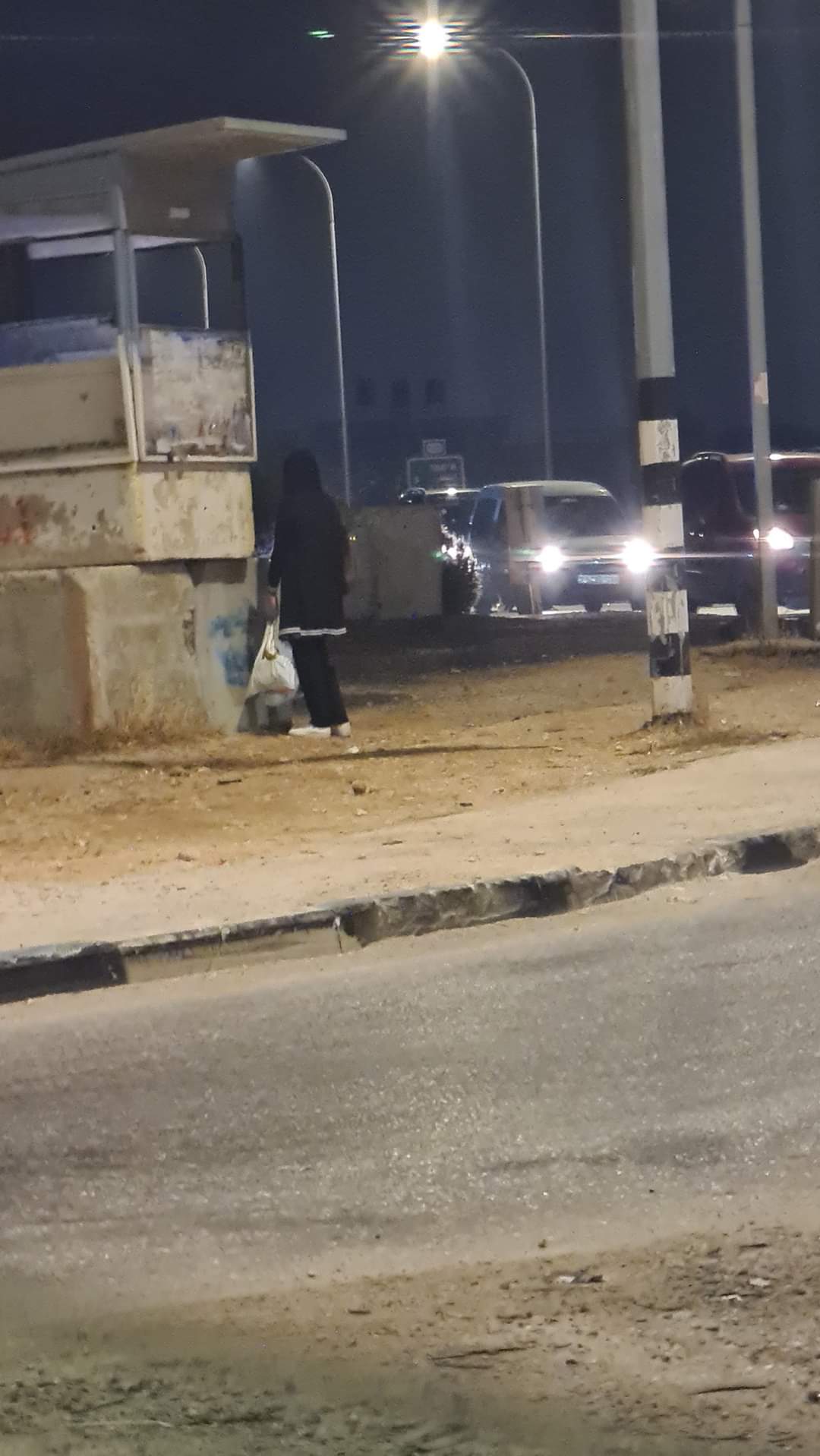 Israeli forces, on Monday at night, shot and detained a Palestinian woman near Huwara town, south of Nablus in northern occupied West Bank.

Local security sources told Palestinian News Info Agency (WAFA) that soldiers opened fire at the woman, injuring her in the leg, during what the army claimed was an attempted stabbing.

The army detained the unidentified woman, and took her to an unknown location. Her condition was not known at the time of this report.

The photo shows the young woman standing at the junction of Salman al-Farsi near Huwara town, near the Nablus- Qalqilia road, near the illegal Israeli Yitzhar settlement, built on Palestinian lands.