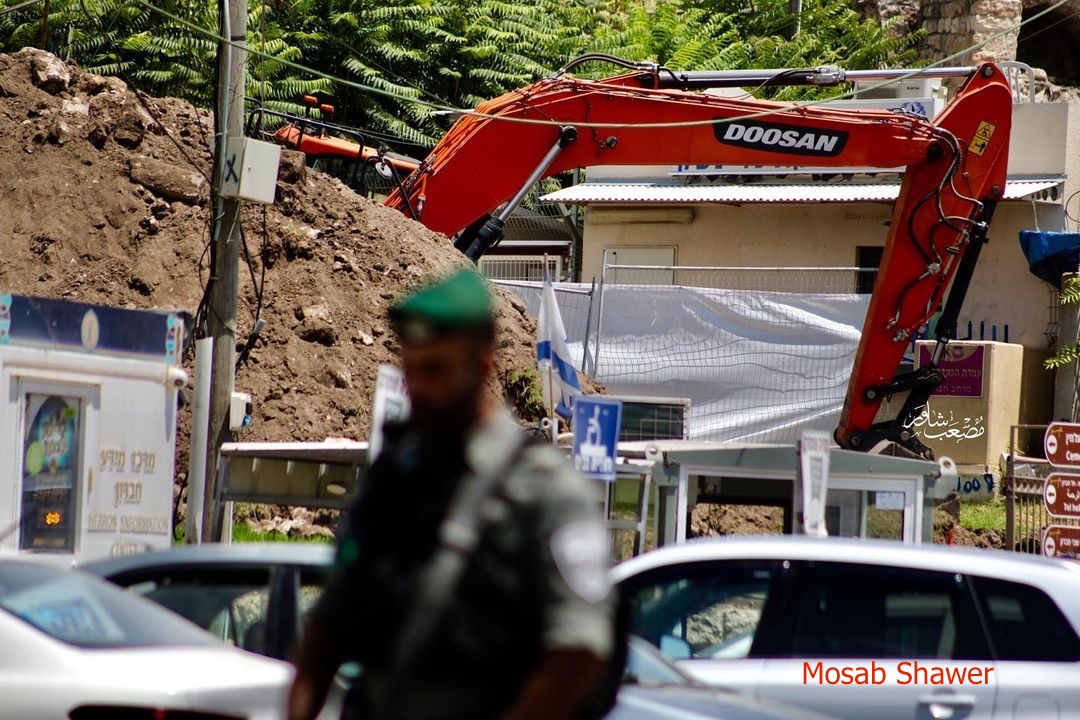 The Israeli occupation army, on Tuesday, accompanied by heavy machinery, razed land near the al-Ibrahimi Mosque, in the southern occupied West Bank city of Hebron.

Sheikh Hifthi Abu Isneineh, the Imam at the historic site, told Quds News Network that Israeli military vehicles leveled the grounds adjacent to the holy site, implementing the occupation state’s plan to construct an elevator and road exclusively for use by illegal Israeli colonists.

Local Islamic groups have called for local Palestinians to mobilize in defence of the holy site, to protect its Islamic features, and prevent the occupation authorities from altering the character of the mosque.

“The plan is very dangerous and it aims at changing the religious and historic features of the mosque, ignoring international law as the mosque is at the UNESCO’s World Heritage List.”

– Jamal Abu Iram, Director of the endowments of Hebron

“We call on everyone to come and pray at the mosque in order to defend it from the occupation and its settlers.”

– Jamal Abu Iram, Director of the endowments of Hebron

On February 25, 1994, an American-born Israeli settler named Baruch Goldstein, opened fire from his army-issued automatic rifle at hundreds of Palestinian Muslims as they were performing the dawn prayer during the month of Ramadan.

Goldstein killed 29 worshippers and wounded 150 others, before the worshipers were able to overcome the gunman.