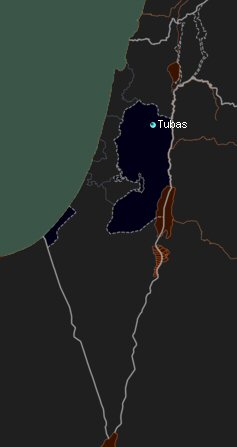 Israeli forces ordered, on Tuesday, a Palestinian from the village of Kardala, east of Tubas in the northern Jordan Valley, to halt construction of both his home and a water pipeline, according to local sources.

Muataz Besharat, who monitors Israeli violations in the area, told WAFA that staff from the Israeli Civil Administration notified Tareq Foqaha to stop the construction of his home.

The army notified Foqaha to stop work on a 2,000-meter-long water pipeline intended for agricultural purposes in the village.

Israel rarely permits Palestinians to build in land classified as Area C, which accounts for 60 percent of the occupied West Bank and is under full Israeli control, including the Jordan Valley, leaving residents no choice but to build homes without permits.

They “live in constant fear of their homes and livelihoods being destroyed,” Israeli rights group B’Tselem has said.