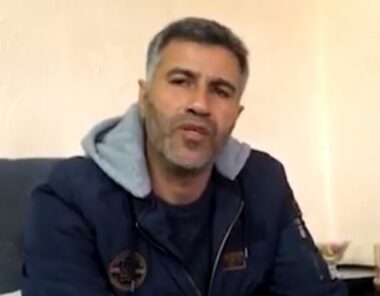 On Tuesday, Israeli soldiers summoned for interrogation Omar Sadeq Kamil, the father of the Palestinian teen who was killed by the army, on Monday evening, in occupied Jerusalem, and informed him of intentions to demolish his home. 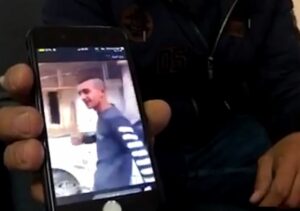 The Palestinian is the father of Mahmoud, 17, from Qabatia town, south of the northern West Bank city of Jenin, who was killed by the soldiers near Bab Hutta Gate, in the old city of occupied Jerusalem, on Monday evening.

The army said Mahmoud opened fire at the soldiers before they fatally shot him, and is now going after the family.

His father was summoned for interrogation in the Salem military base and security center, near Jenin, and was informed of intentions to demolish his home, in addition to other acts of collective punishment.

The father said the soldiers could have just injured his son, instead of delivering various fatal shots, and added that by holding the corpse of his deceased son, and refusing to release it for proper burial, in addition to threatening home demolition, Israel is violating numerous human rights agreements, and is attempting to harm and inflict more suffering on the entire family.

Home demolition is carried out without trial and without any requirement to present evidence, pursuant to Regulation 119 of the British Mandate Emergency Defense Regulations of 1945. After the demolition order is delivered, the family has 48 hours to appeal to the military commander. In a 1989, the HCJ ruled if the appeal is denied, the family must be allowed to petition the court before the demolition.

Demolishing homes as a form of collective punishment is one of the most extreme measures that Israel has employed in the West Bank, including East Jerusalem, since the occupation began in 1967 (and until 2005, in the Gaza Strip). Over the years, Israel has demolished hundreds of houses as part of this policy, leaving thousands of Palestinians homeless.

The policy of punitive house demolition is, by definition, meant to harm people who have done nothing wrong and are suspected of no wrongdoing, but are related to Palestinians who attacked or attempted to attack Israeli civilians or security forces. In almost all cases, the individual who carried out the attack or planned to do so no longer lives in the house, as they were killed by Israeli security forces during the attack or were arrested and face a long prison sentence in Israel.