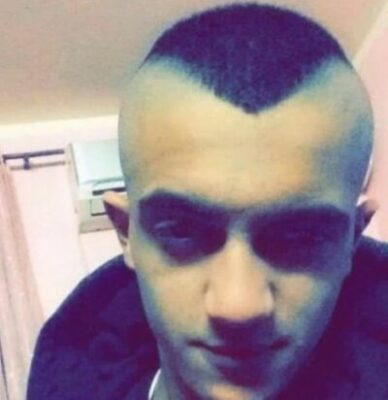 Israeli soldiers shot and killed, on Monday evening, a young Palestinian man near Bab Hutta Gate, in the Old City of occupied East Jerusalem, after he reportedly opened fire at them.

According to the Israeli army, the Palestinian was fatally shot by the soldiers after he opened fire at them using the Carlo weapon.

The slain Palestinian was later identified as Mahmoud Omar Sadeq Kamil, 17, from Qabatia town, south of the northern West Bank city of Jenin. 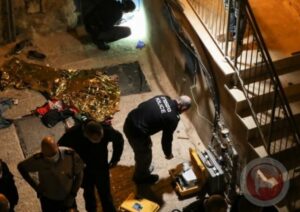 One soldier was mildly injured when he fell while chasing the Palestinian, and was moved to Shaare Zedek Hospital in Jerusalem.

Palestinian worshippers in the Al-Aqsa Mosque said they heard the shots before dozens of soldiers stormed the courtyards of the holy site and were extensively deployed around it after closing all of its gates, preventing the residents from entering or leaving it.

Dozens of police and security officers also arrived at the scene and installed many iron barriers to close the area.

The Police also stopped and interrogated dozens of young Palestinian men in the courtyards of Al-Aqsa and near it, in addition to assaulting and violently searching some of them.

On Monday at night, the soldiers invaded Qabatia town, before storming the home of Omar Kamil, the father of the slain teen, searched the property, and summoned him for interrogation in Salem military base and security center, west of Jenin.