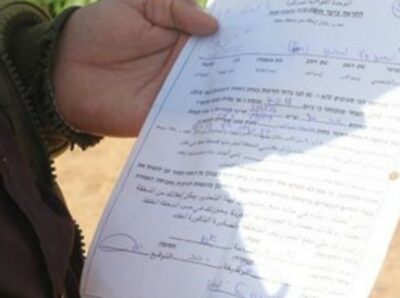 He added that the soldiers handed Samer Ajjouri, Rafe’ Odeili, Zakariyya Issa, and Azzam al-Kharraz, military orders for the demolition of their homes.

The homes were licensed by the Local Council in Rojeeb, however, the army claims they didn’t receive permits from the so-called “Civil Administration Office,” the administrative branch of the illegal Israeli occupation.