Army To Demolish Homes In Shu’fat 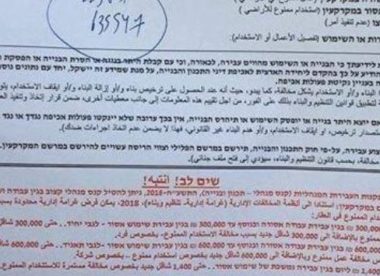 WAFA added that the army is claiming the buildings were constructed without permits from the City Council, although they are part of the refugee camp, which is supposed to be under UN supervision.

It also said that the soldiers invaded many shops in the refugee camp and inspected their finances and registration documents.

It is worth mentioning that dozens of soldiers were deployed in the refugee camp, especially on its main road, before storming and searching the homes and buildings.