Army Turns Under Construction Home Into A Military Post 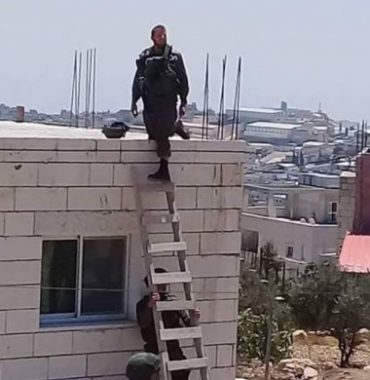 Israeli soldiers invaded, Wednesday, the al-Khader town, south of the West Bank city of Bethlehem, and occupied an under-construction home before turning his rooftop into a monitoring post.

Ahmad Salah, the coordinator of the Popular Committee against the Annexation Wall and Colonies in al-Khader, said the soldiers invaded Abu Sood area, west of the town, before storming the home of Yousef Abed Mousa.

Salah added that the property is still under-construction, and that the soldiers occupied its rooftop.

He also stated that the army previously issued an order, halting the construction of the property, and is threatening to demolish it for being built without a permit from the Israeli authorities.