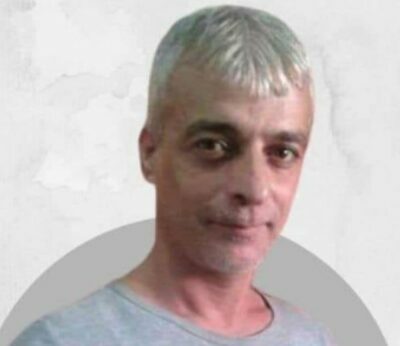 Dr. Hanan Ashrawi, a member of the Executive Committee of Palestine Liberation Organization (PLO) issued a statement mourning the death of a Palestinian detainee in an Israeli prison and held Israel responsible for his death by failing to provide him with the urgently needed medical treatment, especially since he was a cancer patient and recently became infected with the coronavirus.

Dr. Ashrawi stated that the detainee of Kamal Abu Wa’er, 46, from Qabatia town, south of the northern West Bank city of Jenin, died after being denied access to professional medical treatment, and added that his death is part of the ongoing suffering of the Palestinian detainees, especially those who have serious illnesses and conditions.

She added that the detainees face numerous Israeli violations, including torture, extremely poor living conditions, in addition to being denied basic rights guaranteed by International Law and the Fourth Geneva Convention.

“The failures of the international community in holding Israel accountable for its crimes, and shedding a blind eye on these violations, continue to encourage it to commit more crimes and violations,” Dr. Ashrawi said, “By failing to expose its apartheid policies, the world is granting Israel a green light to escalate its crimes against the Palestinian people.”

She added that 226 Palestinian political prisoners have died in Israeli prisons since the year 1967, including patients and those who were tortured to death.

Dr. Ashrawi voiced an appeal to the United Nations Human Rights Council, the International Red Cross, the World Health Organization, in addition to all legal and human rights groups around the world to intervene and stop the seriously escalating Israeli crimes.

Related: “Taqatqa Died Due To Abuse, Lack Of Medical Treatment”