Soldiers Abduct Six Palestinians, Including One Woman, Near Ramallah 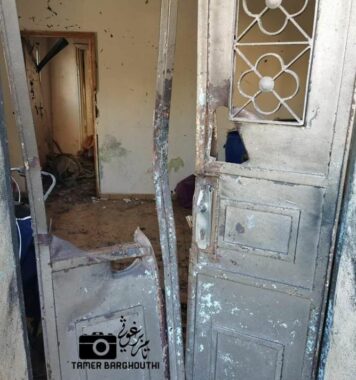 Israeli soldiers abducted, on Wednesday at dawn, six Palestinians, including one woman, after the army stormed and ransacked many homes in Kobar town, and Umm as-Sharayet neighborhood in al-Biereh city, in the central West Bank governorate of Ramallah.

Media sources said the soldiers stormed the house of a former political prisoner, identified as Ra’ed Zeebar, after wiring and detonating the front door of his property, in an attempt to abduct him, and when they failed to locate him, the army abducted his wife, three sons and one of his nephews.

In addition, the soldiers invaded the home of Ayman Abu Sarea’, in Umm as-Sharayet neighborhood in the al-Biereh city, and searched the property before abducting him.

Protests were reported during the invasion, especially while the army was withdrawing from the invaded communities, and the soldiers fired a few live rounds, rubber-coated steel bullets and gas bombs.