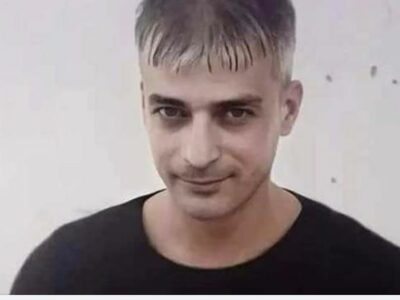 The Palestinian Prisoners and Ex-Prisoners Commission has confirmed that a cancer-stricken Palestinian detainee, who also contracted the coronavirus while in prison, died, on Tuesday, following a serious deterioration in his health due to being subjected to medical neglect on the part of the Israeli Prison Authority.

The Commission stated that Kamal Abu Wa’er, 46, from Qabatia town, south of the northern West Bank city of Jenin, was abducted by the army in the year 2003, and was sentenced to several life terms.

He suffered from throat cancer, and his health condition witnessed a serious deterioration after he became infected with the coronavirus.

The head of the Commission, Qadri Abu Bakr, held Israel fully responsible for Abu Wa’er’s death, and described it as a “premeditated crime committed by the Israeli Prison Service, which was aware of his deteriorating medical condition, and denied him access to professional help, in addition to refusing to release him, even after his suffering compounded when he became infected with the coronavirus and required specialized medical treatment.”

Abu Bakr also said that the death of Abu Wa’er demonstrates the failure of various international community organizations and human rights groups, who continue to fail in holding Israel accountable for its serious violations against the Palestinian people, especially the detainees.

In addition, the Addameer Prisoners Support and Human Rights Association condemned the ongoing violations against the Palestinian detainees and stated that Israel continues to breach International Law and the Fourth Geneva Convention.

It asserted that the Israeli Prison Service maintains a systematic policy of medical neglect toward Palestinian detainees.

Addameer also said that Article 91 of the Fourth Geneva Convention states “Every place of internment shall have an adequate infirmary, under the direction of a qualified doctor, where internees may have the attention they require, as well as an appropriate diet. Isolation wards shall be set aside for cases of contagious or mental diseases.”

Article 92 of the same convention states “Medical inspections of internees shall be made at least once a month. Their purpose shall be, in particular, to supervise the general state of health, nutrition, and cleanliness of internees, and to detect contagious diseases, especially tuberculosis, malaria, and venereal diseases. Such inspections shall include, in particular, the checking of weight of each internee and, at least once a year, radioscopic examination.”