Assaf: “Al-Khan Al-Ahmar On High Alert After Netanyahu Vowed To Demolish It” 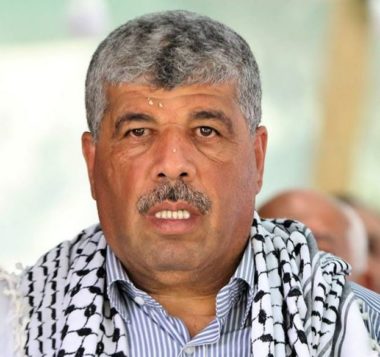 Palestinian government Minister and the head of the National Commission against the Wall and Colonies, Walid Assaf, has reported that the peaceful protests and gatherings in al-Khan al-Ahmar Bedouin community, east of occupied Jerusalem, will continue.

His statements came after Israeli Prime Minister, Benjamin Netanyahu, said on Sunday morning, that the Bedouin community will be removed, and the Ministerial Security Cabinet, is the party that decides when the demolition will take place.

In a phone interview with WAFA Palestinian News Agency, Assaf said, “Israel’s positions and rulings are government by far-right parties, which constantly call for the demolition and displacing of al-Khan al-Ahmar, to replace the Palestinians with illegal colonies, in direct violation of International Law.”

On Saturday, Israel announced its decision to postpone, or freeze, the demolition of the Bedouin Palestinian village until further notice, to discuss all suggestions and alternate plans prior to carrying out the violent removal.