Army Abducts Eleven Palestinians, Including One Woman, In The West Bank 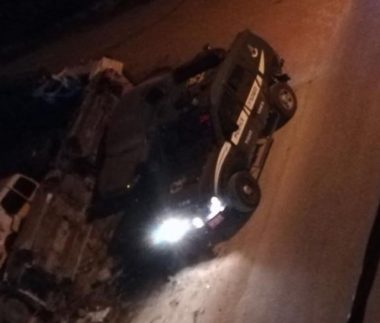 Israeli soldiers abducted, earlier Thursday, ten Palestinians, including one woman, from several parts of the occupied West Bank, in addition to one who was taken prisoner on Wednesday evening, the Palestinian Prisoners’ Society (PPS) has reported.

The Nablus office of the PPS, in northern West Bank said the soldiers invaded and violently searched several homes, in many neighborhoods throughout the city, and abducted five Palestinians, including two former political prisoners.

In Hebron, in the southern pat of the West Bank, the soldiers invaded many homes in several neighborhoods throughout the city, before abducting Miqdad Omar al-Qawasmi and Ghazi Saleh Erfa’eyya.

The soldiers also invaded homes in Abu al-‘Asja village, south of Hebron, in addition to several communities, east of Doura, and installed many roadblocks at their main entrances, before stopping and searching dozens of cars, and interrogated many Palestinians while inspecting their ID cards.

In addition, the soldiers invaded Hizma town, northeast of Jerusalem, searched a few homes and abducted Amer Abed-Rabbo Khatib and Sufian Fathi Kanaan, the brother of Mohammad Kanaan, 25, who died on July 27th 2017, from serious wounds he suffered after the soldiers shot and seriously injured him on July 24th, when the military invaded their town.

Also Thursday, the soldiers abducted Safa’ Sami Atatra, the wife of a political prisoner, identified as Majed Nizar, while trying to visit him at the Negev Detention Camp, after the military claimed she was “trying to smuggle a cellphone Sim Card.

On Wednesday evening, the soldiers abducted a young man from Jerusalem, after stopping him at a military roadblock near Hizma.