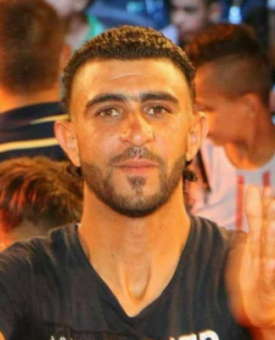 The Palestinian Health Ministry has reported that a young Palestinian man died, on Thursday evening, of serious wounds he suffered, three days ago,  after Israeli soldiers shot him during an invasion into Hizma town, northeast of occupied East Jerusalem.

It stated that, on Monday July 24, the young man, identified as Mohammad Fathi Kanaan, 25, was shot with a live round in the head, before he was rushed to Palestine Medical Complex in Ramallah, and was instantly moved to the surgery ward. The Palestinian remained in a critical condition at the Intensive Care Unit, until he was official pronounced dead, on Thursday evening.

During the military invasion, the soldiers fired dozens of live rounds, rubber-coated steel bullets, gas bombs and concussion grenades at dozens of Palestinians, who were protesting the Israeli escalation in Jerusalem, especially Al-Aqsa Mosque.

Army Abducts A Journalist, Injures Worshipers, Including A Child, Near Al-Aqsa Mosque