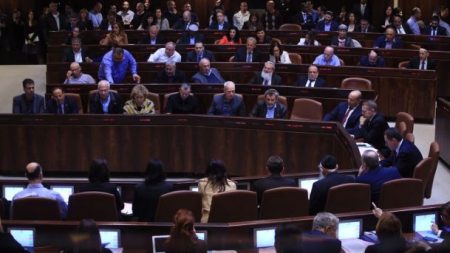 The Israeli cabinet is to convene Monday, for the second time, to discuss the electronic gates that are erected at the Al-Aqsa mosque, Hebrew channel 10 reported.

According to the site, the cabinet decided to convene today as the last meeting went on for six hours, without any results.

Sources revealed, according to Al Ray, that Israeli Prime Minister Benjamin Netanyahu used tough language, over the night, during a meeting with Israeli ministers, for their stance in the media, and for not acting responsibly, with regard to sensitive security issues.

A source additionally said that Netanyahu’s allies in the coalition government, including Naftali Bennett and others, oppose any subjection, by Israel, to any party regarding the electronic gates or other security procedures followed in Al-Aqsa.