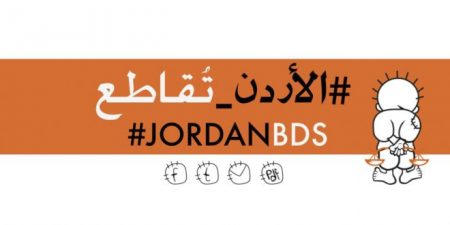 Jordan BDS, today, announced that seven private and public companies have discontinued their service contracts with G4S, the security company.  This announcement comes in response to a global boycott call against G4S’ parent company for its complicity in Israel’s regime of occupation and settler-colonialism.

In particular, the companies are:

Jordan BDS, according to the PNN,  has thanked the companies, and also thanked other companies and banking institutions in Jordan that have, in the past, ended their contracts or refrained from dealing with this security company, including Aramex, Landmark Hotel, City Mall, Mecca Mall, Taj Mall, amongst others.

In addition, Jordan BDS urged all companies, embassies, hotels, and commercial centers across Jordan that may be engaging with G4S to follow the example of the above institutions.

“We renew our appeal to these entities to adhere to universal ethical principles and cease dealings with G4S, given this security company’s deep complicity not only in Israel’s crimes against humanity but also in violations of the human rights of peoples and refugees around the world,” they said in a statement.

It is noteworthy that G4S was spotted several weeks ago, in Jerusalem, transporting the metal detectors and electronic gates prior to their erection at Al-Aqsa Mosque.  G4S is actively training Israeli police forces attacking Palestinians in Jerusalem.  G4S holds 50% of Policity Ltd., the company contracted by the Israeli police to build and operate Israel’s National Police Academy, inaugurated in January 2015.

Finally, Jordan BDS renewed its call to different United Nations (UN) bodies: The United Nations Entity for Gender Equality and the Empowerment of Women (UN Women) and the local and regional offices of the United Nations Development Programme (UNDP Jordan and UNDP MENA), which continue to contract with G4S, to terminate their agreements immediately, in line with the other four UN bodies in Jordan that have already taken this step.