BDS Austria: Israeli Apartheid State – Get Out of Vienna University 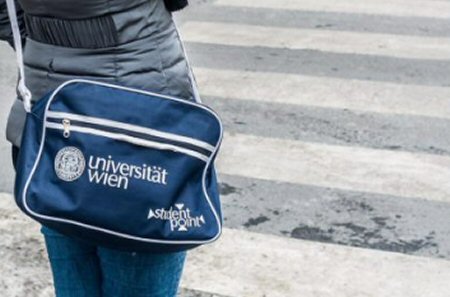 The following statement, initiated by BDS Austria, addresses the role of the Israeli Embassy and the University of Vienna in opposing Palestinian rights and supporting Israeli apartheid. Samidoun Palestinian Prisoner Solidarity Network as well as Samidoun Goteborg are signatories of the statement, along with other international groups and academics.

Israeli Apartheid State – GET OUT OF VIENNA UNIVERSITY #ApartheidOffCampus

The Austrian Students‘ Union (ÖH – Österreichische Hochschüler_innenschaft) will host a congress, Confronting Antisemitism(1) at the University of Vienna (Universität Wien) from the 15th to the 17th of November 2018. Israel’s embassy in Austria is a co-organizer.

From an historical perspective, we are dismayed by the choice of venue – the University of Vienna – which has doggedly persisted in standing on the wrong side of history. A hundred years ago this institution measured the skulls of non-Europeans for „scientific purposes“.

Today, it supports the whitewashing and legitimization of Israel’s occupation and expulsion policies by making its facilities available to Israeli institutions and other supporters of Israeli Apartheid, while denying such privileges to the former Black Panther Dhoruba bin Wahad based on his criticism of Israeli policies and support for human rights.

Thus, while critical academics are boycotted and vilified, speakers who are known for their unconditional support of Israeli Apartheid are given the stage at the “Confronting Antisemitism” event. In addition, some of these speakers have in the past called for denying Israeli BDS activist Ofer Neiman and Holocaust survivor Hedi Epstein the possibility of speaking in publicly supported facilities. Moreover, Alexander Feuerherdt, who writes for the radical, racist, right-wing website „Liza’s World, “gets the stage for his conspiracy theories. He claims, for example, that the repeated criticisms of the Israeli Apartheid state by the United Nations are “an expression of institutionalized anti-Semitism that is characteristic of the United Nations as a whole.” Feuerherdt also accused the Jewish-Israeli activist Jeff Halper, who was nominated for the Nobel Peace Prize in 2006 together with the Palestinian activist Ghassan Andoni,  of “acting anti-Semitically,” and of serving as the “principal witness” for the accusations Palestinian solidarity groups level against Israel. This choice of conference speakers could be interpreted as an embarrassing mistake, or as an attempt to promote the broadest possible academic discussion, but the co-sponsorship of the event by the Israeli Embassy, and the choice of an embassy official for the opening address are simply unacceptable.

As an anti-racist movement, we advocate that genuine past and present anti-Semitic phenomena be critically evaluated and dealt with. However, the labelling of people as ‘anti-Semitic’ because of their criticism of human rights abuses by Israel, is calculated to support the normalizing and legitimizing of Israeli occupation, Apartheid and human rights abuses.

More than 40 Jewish groups from across the world recently released a statement that opposes equating anti-Semitism with criticism of Israel’s policies and its system of occupation and Apartheid.

Inviting a racist state to cooperate in an anti-racist event is not only bizarre and macabre, but also contravenes the ethics of science. After all, amongst other things, the Israel’s policies ensure that:

• Palestinian students and academics – inside and outside Israel – have their academic freedom restricted, are imprisoned or even killed.

• new weapons and surveillance systems are developed in the context of an occupation that violates international law and are then exported throughout the world. Israeli universities participate in the development of these weapons, which are “tested“ on Palestinian civil society, and then sold as “battle-proven.“

• as this is written, the Palestinian population of Khan al Ahmar is under threat of being expelled from their homes; their village is inundated with sewage, and bulldozers stand ready to demolish their schools and kindergartens.

• the European phenomenon of anti-Semitism, which had claimed millions of victims, is decontextualized and instrumentalized to construct a new and false anti-Semitism definition that is then used to stigmatize Palestinians and human rights activists, as well as to justify the inhumane and anti-democratic policies of the Israeli state.

Paraphrasing Bertolt Brecht, we would like to point out that there are various ways to kill people.

To list only a few, flood their village with sewage, have fighter jets blow them up, or lock them up in an open-air prison and cut the supply of vital necessities. Unfortunately, this hardly outrages anyone today.

That is why we call on academics and concerned people throughout the world to question the prevailing narrative, to manifest their outrage about the immoral and inhumane situation in Israel and Palestine, and to join the Palestinian call to boycott events with Israeli government sponsorship and/or official participation.