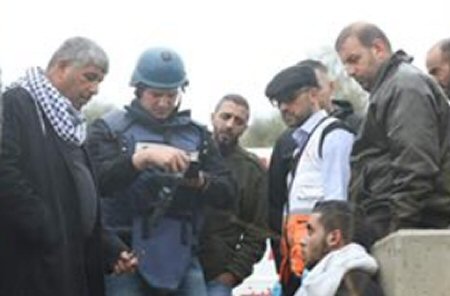 Israeli forces suppressed Palestinians and activists protesting near the village of Ras Karkar, west of Ramallah, in the occupied central West Bank, on Friday, against the Israeli plan to seize hundreds of dunams of land in the area.

Protesters had performed Friday prayers on lands threatened with seizure.

During last week’s protests at Ras Karkar, Israeli forces detained three Palestinians and injured dozens of others, including a paramedic who was injured with a rubber-coated steel bullet when Israeli forces opened fire at a Palestinian Red Crescent ambulance.