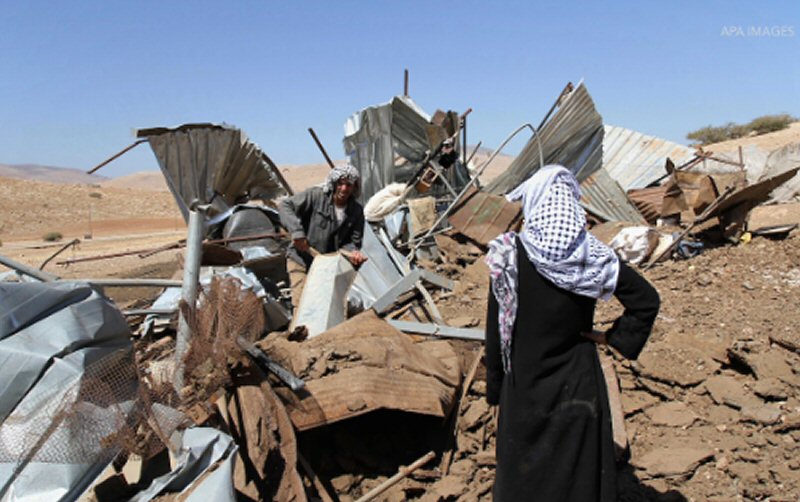 Israeli forces, Sunday, demolished structures of Al-Araqib village, a Bedouin community in the southern Negev region of Israel, for the 159th time.

On September 3, 2019, three people, including an elderly woman, were detained by Israeli occupation soldiers, when the village was demolished for the 157th time.

The village of 220 people have been the target of an ongoing effort to permanently remove them from the area, by way of constant attack and destruction of property, perpetrated by the Israeli occupation.

Israel’s displacement efforts towards this village began in 2010, resulting in the community, repeatedly working together with activists to rebuild.

In addition to these incursions and violations, Israeli courts imposed a 1.6 million shekel fine on the villagers, to cover the cost of the relentless demolitions by the occupation authorities.