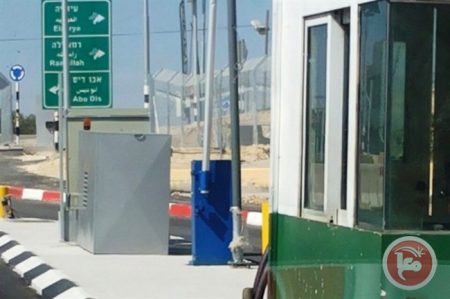 A 16-year-old Palestinian was shot and killed by Israeli border police at Israel’s “Container” checkpoint, in the northeast of the Bethlehem area on Monday, after the teen allegedly attempted to stab Israeli forces stationed at the checkpoint.

An Israeli police spokesperson said that a Palestinian attempted to stab Israeli border police at the checkpoint, at which time forces “responded to the threat” and shot the boy.

Another Israeli police spokesperson identified the alleged attacker, who she said had been “neutralized,” as a 16-year-old from Bethlehem.

The spokesperson alleged that the boy approached Israeli forces holding a knife in his hand, and, “after a short dispute, an Israeli soldier was able to open fire at the suspect who was neutralized and the knife in his possession was seized.”

A spokesperson from the Palestinian Red Crescent said that Israeli forces prevented the service’s ambulances from reaching the boy, who witnesses say was covered with a blanket by Israeli forces.

This is a developing story, according to Ma’an.