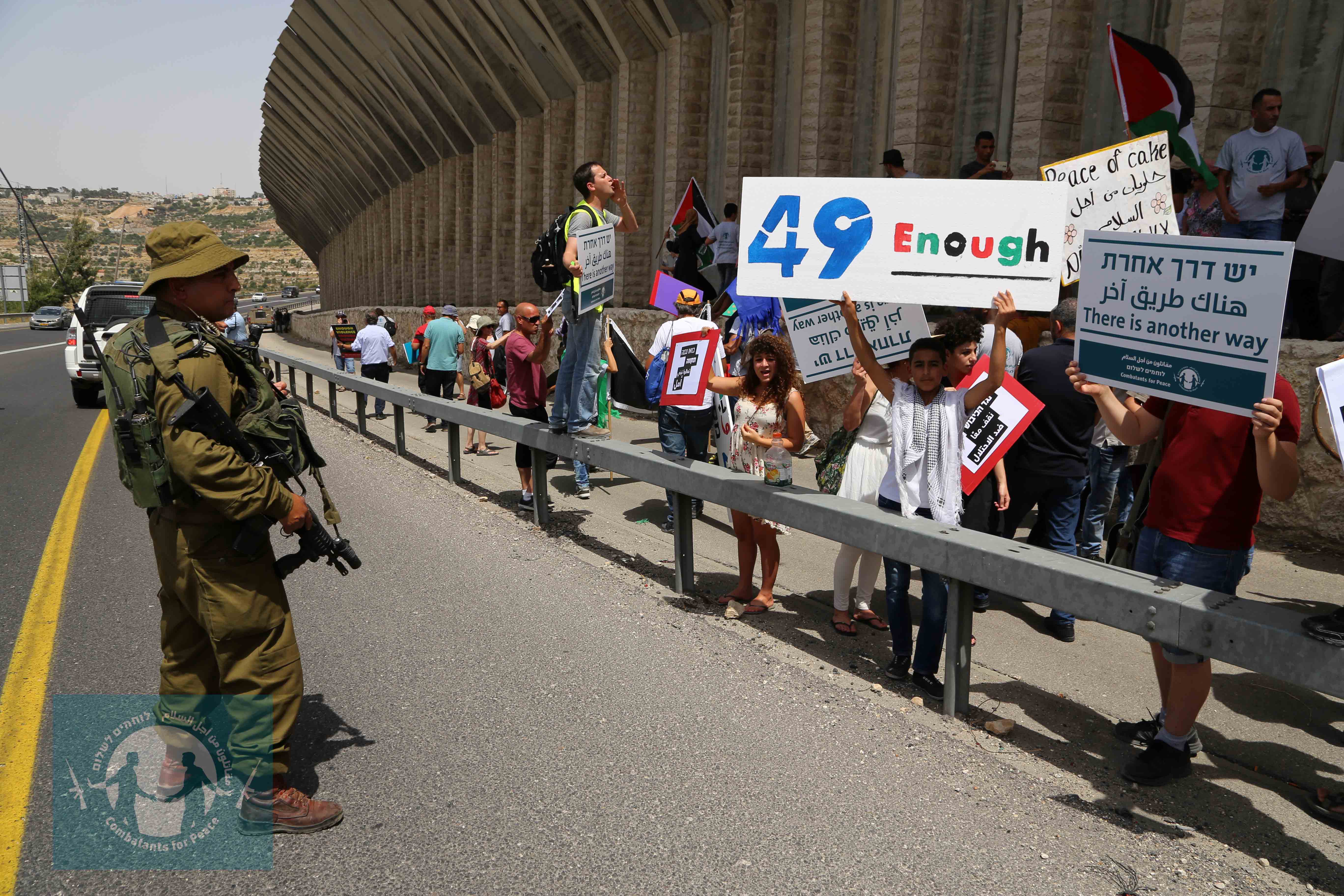 Friday June 3rd, 2016 – Bethlehem – As is the case every first Friday of every month, Combatants for Peace Movement, in collaboration with a number of Palestinian and Israeli NGOs, organized the monthly peaceful demonstration against the occupation and the violence it creates. MK members like president of the United Arab List, Mr. Ayman Odeh  joined around 600 protesters in today’s event.  The protested started at Batteer village roundabout adjacent to road 60 at 1:30 pm and will people marched all the way up to the tunnel checkpoint. At road 60 protesters closed the settlers road using a markup of the wall. Before the checkpoint the theater group of CFP preformed a play symbolizing the daily hardships the Palestinians face by the Israeli occupation. During the march, Mr. Ayman Odeh told protesters “the Israeli occupation of Palestinian land is a prison not only to the Palestinians but also to Israelis.” He added, “The real peace comes via joint struggle on the ground and not through peace initiatives.” From his part, Mohamed Ewadah, the Palestinian coordinator of CFP, said, “We not created to live in prisons, or born to mothers who did not know the taste of freedom. We will free freedom.”  Combatants for Peace Movement calls for the establishment of an independent Palestinian state with its capital Jerusalem. CFP uses nonviolent means and call on both nations to join us to achieve peace and reconciliation between Palestinians and Israelis. CFP is a group of Palestinians and Israelis who have taken an active part in the cycle of violence in the region: Israeli soldiers serving in the army and Palestinians as combatants fighting to free their country, Palestine, from the Israeli occupation.