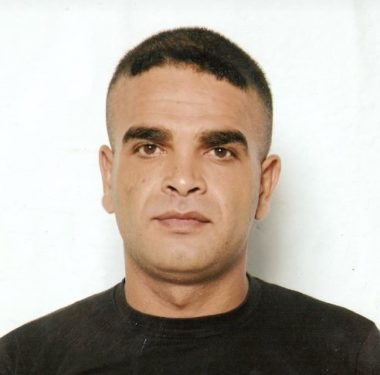 Israel, on Friday, released to Jordan, the body of a the Palestinian prisoner who recently died in Israeli custody, due to deliberate medical negligence custody, the Palestinian News and Info Agency reported.

Chairman of the Prisoners’ Affairs Commission, Qadri Abu Baker announced that the Israeli occupation authorities handed over the body of Sami Abu Diak, who died on November 26 in Israeli prison.

He noted that Abu Diak’s body was transferred to the King Hussein Medical Center in the Jordanian capital, Amman; a move that was agreed upon between Jordanian Foreign Minister, Ayman Safadi and Abu Diak’s parents.

He expressed his great appreciation for the intervention of Jordan’s King Abdullah II and the Jordanian government to secure the release of the ailing prisoner’s body.

Abu Diak, 36, suffered from terminal cancer, Israel refused to give him compassionate, leave to be with his family, as well as his last dying wish to spend his last days with his mother.

According to the Palestinian prisoners’ rights group Addameer, Abu Diak first complained of abdominal pain in 2015, and was treated with painkillers, until two weeks later, he was transferred to the Israeli Soroka hospital after losing consciousness.

Abu Diak underwent surgery to remove parts of his intestines at that time, and was diagnosed with cancer, he then underwent other surgical procedures that reportedly left him unconscious for more than one month.

The Palestinian Authority (PA) and Abu Diak’s family had asked for his release to allow him to die by his family’s side, but Israeli officials denied the request. The Palestinians also reached out to European countries and the Red Cross to apply pressure on Israel to release him, with no success.

The Palestinian Prisoners Club said he was the fifth Palestinian to die in Israeli custody in 2019, and the 222nd since 1967.