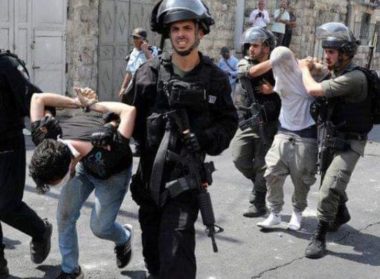 For 25 years, Israel has been openly pursuing a policy of segregation in the center of Hebron, in order to allow a handful of Jewish residents to live as though they had not settled in the middle of a bustling Palestinian city, in the heart of an occupied territory. This policy completely ignores the needs of hundreds of thousands of Palestinians and sentences them to an unbearable reality, with the hope that they will leave their homes ostensibly of their own free will.

Due to the settlers’ presence in the city, Israel and the Palestinian Liberation Organization (PLO) did not sign an agreement concerning Hebron until 1997, two years after the Oslo Accords were signed. Under the terms of the agreement, the city was divided in two: In Area H1, which was home to about 115,000 Palestinians at the time, security and civilian powers were formally transferred to the Palestinian Authority (PA) as in other West Bank cities.

Area H2, which includes the Old City and all the settlement points and was home to some 35,000 Palestinians and 500 settlers at the time, remained under Israeli control in terms of security, while the PA was given civilian powers relating to Palestinian residents only.

About 700 settlers currently live in H2, within a smaller area spanning 800 dunams (1 dunam = 1,000 square meters), which includes the immediate vicinity of the settlers’ houses and the streets they use. Currently, about 700 settlers live in this area, some 400 permanently and approximately 300 are students of the Shavei Hevron yeshiva.

This area is home to about 7,000 Palestinians, about 1,000 of whom live in a narrow strip that runs from the Tomb of the Patriarchs through a-Shuhada Street to Tel Rumeida, where most of the settlers’ homes are concentrated. In recent years, both official and unofficial plans have been advanced to expand the settlement and develop tourism in the historic center of Hebron. If these plans come to fruition, the settler population in Hebron stands to double over the next few years.

To enforce its regime of separation, Israel installed a cruel system of travel restrictions which creates a contiguous strip of land isolated from the rest of the city that is partially or fully off limits to Palestinians, whether traveling on foot or by car. This corridor extends from the settlement of Kiryat Arba in the east to the Jewish cemetery in the west. Until the beginning of September 2019, the system of travel restrictions includes 22 checkpoints and 64 physical barriers of various types, which keep Palestinians away from the major streets and the vicinity of settler homes.

The network of checkpoints and obstructions in the city affects all Palestinians living in, or accessing the area, preventing them from going about their daily affairs in a reasonable manner, making their lives unbearable and subjecting them to constant uncertainty. Every simple action involves crossing a checkpoint, sometimes several of them; every such crossing involves a lengthy, degrading inspection, with the soldiers deciding whom to check, at what pace, and whom to allow through.

Occasionally, the military closes one of the checkpoints, arbitrarily and without warning. This forces residents to use longer bypass routes, which often are not suited for older adults or people with disabilities. The limited movement options and having to walk long distances, sometimes along rough, steep dirt roads, has cut residents off from family and friends, and economic activity has shrunk to several grocery stores and traditional workshops.

The separation regime Israel imposes in Hebron goes hand in hand with routine acts of violence by security forces and settlers against Palestinian residents, even if not officially. Military presence means incessant, daily friction between residents and security forces at checkpoints and on streets, which comes with acts of physical violence, threats, insults and various forms of humiliation. Residents also suffer repeated incursions of the military into their homes, usually in the dead of night – and false arrests on streets and at home, including the arrest of minors, some below the age of criminal responsibility.

Settler violence against Palestinians has been part and parcel of the settlement in Hebron from its inception. In some cases, the security forces observe and refrain from intervening. At other times, they actively participate. Either way, with very rare exceptions, the settlers enjoy near complete immunity. All the law enforcement agencies – the police, military and the State Attorney’s Office – take no action whatsoever to prevent violent acts, do not investigate after the fact and do not bring perpetrators to justice.

These living conditions have produced the outcome Israel desired: Thousands of Palestinians have left the city center, and it has become a ghost town where only Palestinians who do not have the option to leave remain. Entire parts of the historical city center now stand deserted, in stark contrast to the bustling commercial hub it had been for the entire southern West Bank. The forcible transfer of thousands of Palestinian residents and the closure of hundreds of businesses in this manner violate the prohibition on forcible transfer enshrined in international law, which constitutes a war crime.

Population figures clearly illustrate how natural growth in Hebron has been offset by the forced departure of thousands of Palestinians from Area H2: In 1997, when the Hebron Agreement was signed, about 115,000 Palestinians were living in Area H1. Today, more than 20 years later, some 166,000 people live in H1, a 45% increase in population. In contrast, in 1997 the Palestinian population of H2 was 35,000. It is now 34,000.

The settlement enterprise in Hebron could never have begun, nor later thrived, without massive support by all the official arms of the Israeli state, from 1968 to the present day. All the relevant decision makers – politicians affiliated with the right and left, Supreme Court justices, senior military commanders and defence establishment officials, the personnel of both the Military Judge Advocate General Corps and the State Attorney’s Office – have effectively accepted the existence of an Israeli settlement in the heart of a Palestinian city, tolerated the severity and frequency of the violent incidents it produced, and justified the ongoing oppression of Palestinian residents dispossessed from their homes, properties and workplaces. This overwhelming support continues despite clear evidence of the heinous effect Israel’s policy in the city is having.

The settlement in Hebron is exceptional in that it was injected into the heart of a major Palestinian city. Yet even if Israel’s policy in Hebron is extreme, it is essentially identical to that employed in the rest of the West Bank: treating the area as primarily intended to serve Israeli needs and regularly ignoring the interests of Palestinians while giving settlers preferential treatment. This is carried out under the guise of legality based on military orders, legal opinions and High Court judgments – all of which sanction the ongoing occupation and dispossession.

A particularly brazen manifestation of this policy can be seen in small Palestinian communities in Area C of the West Bank, some of which are even more vulnerable than those who remain in Hebron’s area H2. Israel’s goal is similar in both cases: emptying the area of Palestinians due to unbearable living conditions created by the authorities and establishing Israeli control by expanding settlements and taking over farmland.

The long-term goals of Israel’s policy across the West Bank have long since been clear: millions of Palestinians, denied political rights, are confined to life in enclaves that the state sees fit to allocate them, even as it steals land, exploits natural resources for its own needs and establishes communities for its own citizens only, who enjoy a separate – modern and generous – planning system and are subject to a different legal system. This regime instated by Israel is reminiscent of the systemic aspects of South Africa’s Apartheid regime, referred to as ‘grand apartheid’, which included restricting access to land, limiting movement and denying political rights.

In Hebron, however, it is not only grand apartheid that applies, as it does elsewhere in the West Bank. Here, the separation regime is pursued so openly, so brazenly, in public space, that it exhibits aspects of ‘petty apartheid’ as well, in the form of policed, formal, public segregation of human beings based on ethnicity – Jewish or Palestinian – exercised through separate streets, checkpoints and physical obstructions.

The settlement in Hebron – which was established illegally and continues to produce a litany of human rights violations – is not an inevitability. The state of Israel chose to enable this settlement in the heart of a Palestinian city and continues to support and sustain it. The state runs the city as though it belongs to the settlers only and ignores, to the utmost degree possible, the needs and interests of the Palestinians for whom Hebron is home. This reality can, and must be changed.

Israel’s regime of occupation is inextricably bound up in human rights violations. B’Tselem strives to end the occupation, as that is the only way forward to a future in which human rights, democracy, liberty and equality are ensured to all people, both Palestinian and Israeli, living between the Jordan River and the Mediterranean Sea.