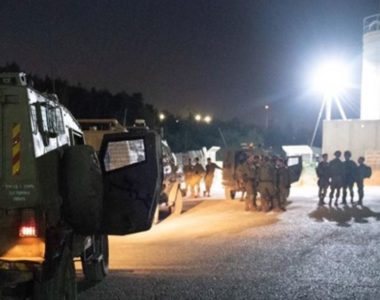 The Israeli Internal Security Agency has reported that it arrested four Palestinians, allegedly involved in the killing of an Israeli teenage girl in Ein Bonin, west of the central West Bank city of Ramallah, on August 23, 2019.

The agency said the four Palestinians are Samer Mina Salim ‘Arbeed, 44, from Ramallah, Qassem Abdul-Karim Shibli, 25, Yazan Hussein Mijmas, 25, and Nizam Sami Awlad Mohammad, 21, from the nearby city of Birzeit.

The Israeli Agency claimed that the cell, headed by Samer Arbeed, also planned other attacks, including shootings and abduction of Israeli soldiers and colonists.

It also said that the abducted Palestinians also had an explosive charge, which they surrendered to the army, and that they were planning to use it against army vehicles.

Israeli daily Haaretz has reported that Arbeed, 44, is reportedly the head of the cell that carried the attack out in August of this year, and added that the Palestinian was moved to an Israeli hospital in a life-threatening health condition after being “interrogated” by the Shin Bet Security Agency.

It added that the man was first arrested and later released when the prosecutor’s office could not extend his remand but was rearrested this past week after the agency “received information that he held explosives.”

Haaretz also quoted his attorney stating that he was healthy prior to his abduction and “interrogation”, and that the Police only said that he was moved to a hospital, without providing any reasons or details of the conditions which led to him being in a serious health 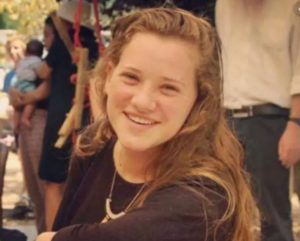 The Israeli teen who was killed in the incident has been identified as Rina Shnerb, 17, from Lod city; her brother Dvir, 19, suffered serious wounds, and her father Eitan, 46, was mildly injured, when an improvised explosive went off near them while they were hiking near a spring northwest of Ramallah.