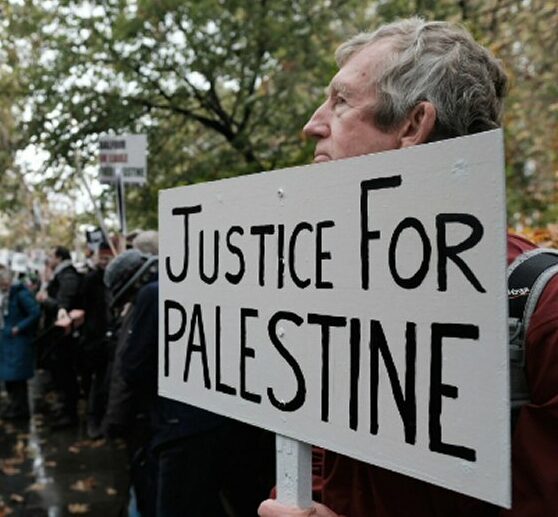 The New Democratic Party (NDP) of Canada has voted to support the rights of the Palestinian people, with an 80% majority voting for the resolution named ‘Justice and Peace for Israel and Palestine’, the Palestinian WAFA News Agency reported.

The resolution calls for the freezing of bilateral arms trade between Canada and Israel and the prevention of economic exchange with illegal Israeli settlements across the occupied West Bank.

The Palestinian Ministry of Foreign Affairs and Expatriates commended the major victory, hailing it a “historic decision”.

The Canadians for Justice and Peace in the Middle East (CJPME) hailed the organized efforts from Palestinian and Jewish activist members, who have worked for years to support Palestinian human rights.

For the first time, the NDP has endorsed concrete and proactive measures that the Canadian government can take to force Israel’s compliance with international law.”

This is a major step forward for the NDP, and an encouraging development for all Canadians who want to see our political leaders respond to the call for action coming from Palestinian civil society.”

Ricochet website reported that the Palestine Resolution passed with 80 % in favor, and 16 % opposed.

It added that the NDP’s official policy is now to oppose military trade with Israel, and all trade and economic cooperation with illegal Israeli settlements in the occupied territories.

In a press release, Amy Kishek, one of the organizers of the Palestine resolution, said that the adoption of the motion was the result of a “groundswell of support from the grassroots membership.” Geneviève Nevin, another organizer of the resolution, added that “the adoption of this policy today firmly positions the NDP as one of the few parties demanding the end of Canada’s support for illegal settlements and suspending the flow of weapons to and from Israel until Palestinians are free.”