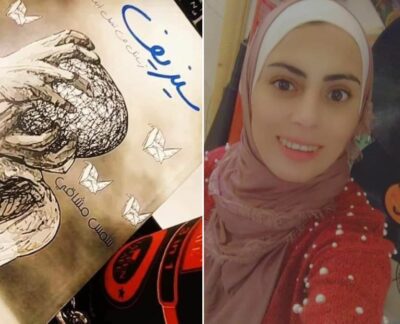 The Palestinian Ministry of Culture issued a statement, Tuesday, denouncing the Israeli army’s abduction of a young female writer in Yassid village, northeast of the northern West Bank city of Nablus.

The Minister of culture, Atef Abu Seif, denounced in the statement the abduction of Shams Mashafi, who was taken prisoner by the soldiers after they broke into her home, Monday.

Abu Seif added that the abduction of the young author is part of Israel’s ongoing violations against the Palestinian people.

He also said that the abduction of Palestinian authors and academics is a direct Israeli assault on the Palestinian culture and its intellectuals.

It is worth mentioning that, in the year 2020, Mashafi published a book consisting of several literary texts.

On Monday at night and Tuesday morning, the soldiers abducted five Palestinians from several parts of the West Bank, including one from the occupied capital, Jerusalem.

In related news, the soldiers fired many live rounds, on Tuesday morning, into Palestinian farmlands in the al-Qarara town, north of Khan Younis, in the southern part of the besieged Gaza Strip.