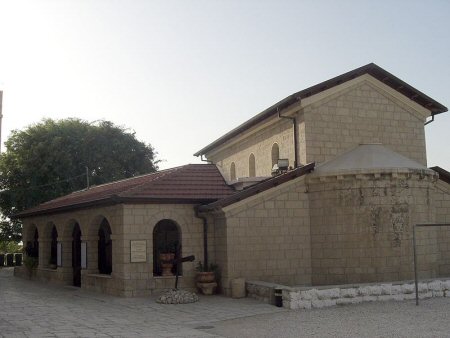 The Council of Catholic Churches in Jerusalem, on Thursday, condemned the attack against St. Stephen’s Church Wednesday night, which resulted in the destruction of internal property.

The council said, in a press release, that it demands “the State of Israel, with all its institutions concerned, punish who were responsible for such acts because it could easily lead to serious and unpredictable consequences, which would be most unwelcome in the current tense religious climate.”

Wednesday night, unidentified assailants attacked the Church of St. Stephen, which is part of the complex of Beit Jimal, a Catholic monastery run by Salesian monks in Israel.

According to WAFA, the attack resulted in the destruction of glass artwork and statues that depict the life of Jesus Christ and Virgin Mary.

The council denounced the escalation of violence and expressed its outrage after this attack and demanded the authorities to take serious measures in order to prevent such violent acts in the future.

In addition, the council prayed for a just and lasting peace in the whole region and stressed the importance of the coexistence in the holy land.

The Church of St. Stephen owes its name to the first recorded Christian martyr, who was stoned to death in Jerusalem, in 34-35 AD (Acts 6-7), and was buried in the village of Kefar Gamala.