Central Council Decides to End All Commitments with Israel 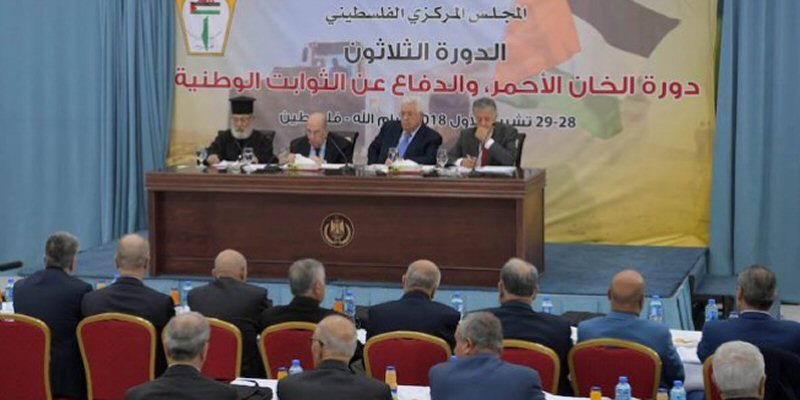 The Palestinian Central Council (PCC), which met in Ramallah over two days, decided on Monday to end all commitments in the agreements the Palestine Liberation Organization (PLO) has signed with Israel, suspend recognition of Israel until it recognizes the State of Palestine, end security coordination and end the Paris Economic Protocols.

“In view of Israel’s continued denial of the signed agreements, the PCC, in confirmation of its previous decision and considering that the transitional phase no longer exists, decides to end the commitments of the PLO and the Palestinian Authority towards its agreements with the occupying Power, suspend recognition of the State of Israel until its recognition of the State of Palestine on the June 4, 1967 borders with East Jerusalem as its capital, end security coordination in all its forms, and disengage economically from Israel on the grounds that the transitional phase, including the Paris Economic Protocols no longer exist,” it said in its final communiqué.

The PCC also gave the power to President Mahmoud Abbas, who chaired the PCC meetings, and the PLO’s executive committee to implement these decisions.

The PCC also expressed support for President Abbas’ opposition to the US administration’s so-called deal of the Century, accusing the US of siding with the Israeli occupation and of being “part of the problem and not part of the solution.”

It also held Hamas responsible for failing to implement the agreements it had signed with Fateh over the years.

It said calm with Israel is the responsibility of the PLO as the sole legitimate representative of the Palestinian people and not the duty of the factions.

It also stressed, according to WAFA, “our right to resistance by all means as per international law.”