Child Hospitalized After Illegal Colonialist Settler Pepper-Sprayed Him In Hebron 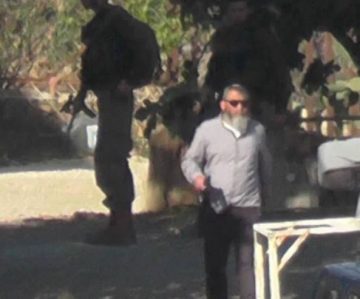 Palestinian medical sources in Hebron city, in the southern part of the occupied West Bank, have reported that a child was hospitalized, on Wednesday at night, after an illegal Israeli colonialist settler pepper-sprayed him in Jaber neighborhood.

The sources said the child, identified as Ahmad Mohammad Jaber, 11, was attacked by the colonialist settler in his neighborhood, before being rushed to a local hospital.

His father filed an official complaint with the Israeli police, but numerous similar assaults and violations have gone investigated by the army and the police.

The attack is part of seriously-escalating violations against the Palestinians, especially the children, in Hebron city, and have also targeted many homes and buildings.