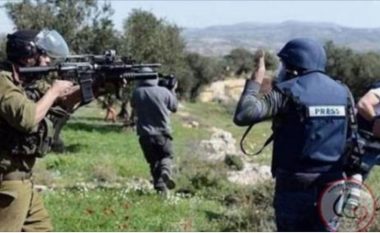 An Israeli guard of the illegal Ariel colony attacked and injured, on Wednesday afternoon, a Palestinian farmer, while Israeli soldiers prevented several others from entering their lands, in Kifl Haris village, north of Salfit, in northwestern West Bank.

Media sources said the farmer suffered various cuts and bruises, and was moved to Yasser Arafat hospital, in Salfit.

They added that the soldiers prevented many farmers from entering their lands, isolated near the illegal colony, and demanded them to obtain permits from the Israeli “Civil Administration Office.”