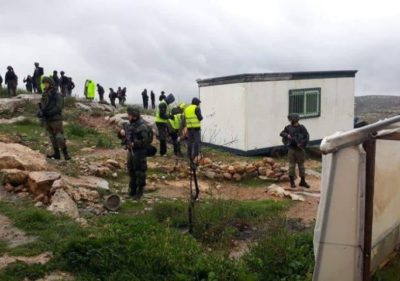 Israeli settlers attacked a Palestinian resident, on Friday morning, beating him severely in the Douma village, south of the West Bank city of Nablus.

Daghlas confirmed that Abdelhafeed, a resident of the northern Qira village, was transferred to the Rafidia hospital in Nablus. No further details were reported.

Daghlas noted that the illegal colonists were from the Yitzhar colony, located on Palestinian-owned lands.

He further noted that the Palestinian-owned lands, which are adjacent to the Yitzhar settlement, have frequently been exposed to bulldozing and razing, apparently within attempts to expand the illegal settlement.