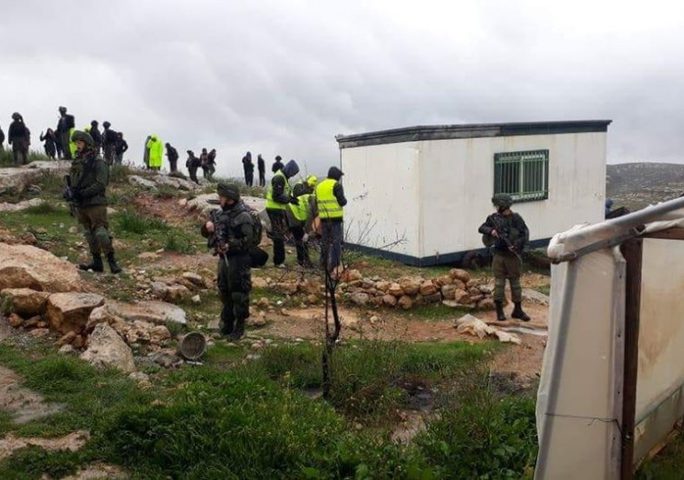 Several armed Israeli settlers forcibly placed, on Monday, a number of mobile caravans on a piece of land, owned by Palestinians, in the northern West Bank city of Nablus.

Chief of the file on illegal Israeli settlement activities in the area, Ghassan Daghlas, told media outlets that several armed Israeli colonialist settlers, forcibly placed a number of mobile caravans on a piece of land, owned by Palestinian residents in the Asira Al-Shamaliya village, north of Nablus city.

Several international legitimacy resolutions, including those issued by the United Nations’ Security Council, regard Israeli settlement activities, across the West Bank, as illegal and that Israel must dismantle around 200 of those settlements, to allow the establishment of a connected Palestinian state, with East Jerusalem as its capital.

Some commentators believe that recent Israeli colonist settlers’ practices may have been driven by recently-announced Israeli government’s plans to annex at least 30 percent of Palestinian territories in the West Bank, to the occupation state of Israel.