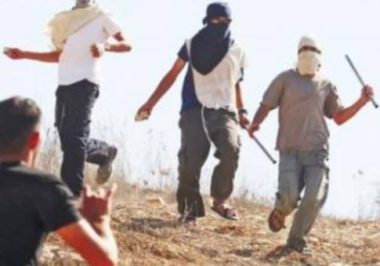 An armed guard of an illegal Israeli colony near Qaryout town, south of the northern West Bank city of Nablus, attacked a member of the town’s local council and a bulldozer driver, while conducting preparation work for a new agricultural road.

He added that the Israeli guard assaulted the two to stop the preparation work, and added that the lands are in Area B of the occupied West Bank, under civil Palestinian control, and under full Israeli military control.

The attack is part of numerous violations by the illegal colonialist settlers living in the occupied West Bank, including East Jerusalem, in violation of International Law and the Fourth Geneva Convention.