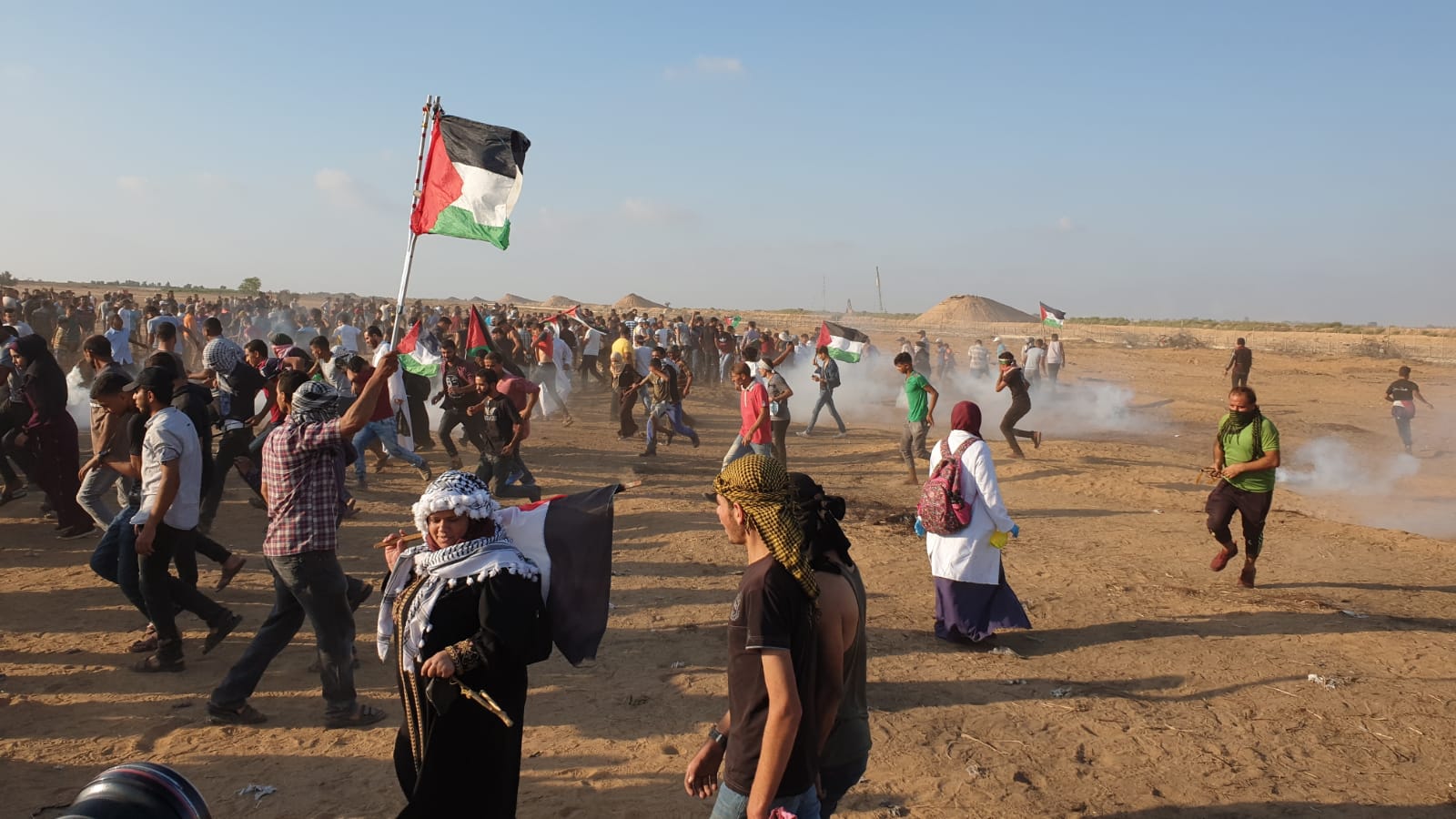 The demonstrations have been held for 71 consecutive Fridays, and on August 23, 2019, the Israeli occupation forces, deliberately used excessive and lethal force against demonstrators, injuring 122 civilians, 50 of them with live bullets. These injuries included children, women and 3 badged paramedics and journalists.

The Committee affirms that the return marches and the popular activities that still maintain a peaceful approach, to which the Israeli occupation forces react with deadly force, demonstrating Israel’s arrogance and contempt for the International Law system of human rights.

The Committee salutes the tens of thousands of Palestinians, who participated in the march, and repeated its warning to the Israeli occupation forces, against the continued practice of targeting civilians, and holds Israel legally responsibility for all deaths and injuries.

Therefore, the Legal and International Advocacy Committee calls for the implementation of the recommendations in the report of the international commission of inquiry, which was adopted at the 40th Session of the Human Rights Council.

The Committee also demands the Palestinian leadership refer the crimes of the occupation against the demonstrators, to the Permanent International Criminal Court, under article 14 of the Rome Charter.

The Committee calls upon the United Nations and the High Contracting Parties to the Geneva Convention to exercise their moral and legal responsibilities to protect Palestinian civilians.

The Legal and International Advocacy Committee reiterating its call upon all categories of Palestinian society to work for the restoration of national unity on the basis of political partnership, and to formulate a national strategy to confront the ‘deal of the century’ and the outcomes of the Manama Conference.

It calls upon the Palestinian President, and government to immediately begin lifting the punitive and illegal measures imposed on the Gaza Strip, and to resist any attempts to separate the Gaza Strip from the West Bank.

The committee calls on the international community, the High Contracting Parties to the Geneva Conventions, and all international organizations to work to hold the Israeli occupation accountable, and demand a lifting of the siege on Gaza.

It calls for an end to the violations against Palestinian prisoners in Israeli prisons, colonial settlement crimes, the policy of racial discrimination against the Palestinians in the 1948 territories, the ‘Judaization’ of Jerusalem, and the guarantee the Palestinian refugees’ right of return in accordance with Resolution 194.