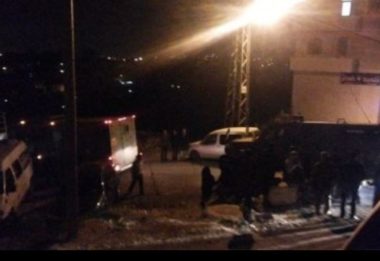 They added that protests took place as the soldiers were withdrawing from the town, and that the army fired many gas bombs, concussion grenades and rubber-coated steel bullets.

Medical sources said dozens of Palestinians suffered the effects of teargas inhalation, while others suffered various cuts and bruises.