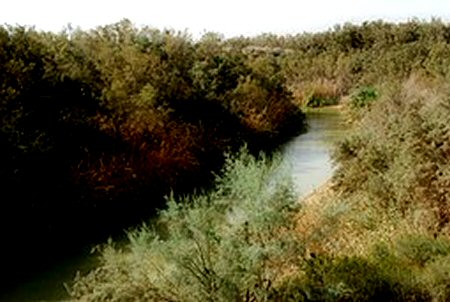 The Custos of the Holy Land, Francesco Patton of the Latin Church, Sunday, led the procession that commemorated the baptism of Jesus Christ at the Jordan River, on the Palestine-Jordan border.

The procession was received by local government figures, including Governor of Jericho Mjaed al-Fetyani, Mayor of Jericho Salem Ghrouf, head of the Jericho intelligence department Belal Hloub, as well as representatives of police and security services and Muslim clerks.

According to WAFA, Al-Fetyani welcomed the procession on behalf of PA President Mahmoud Abbas, and said that the Palestinian people, Muslims and Christians, are determined to free themselves from the Israeli occupation and establish an independent state with Jerusalem as its capital.

This celebration, which takes place every January 7, is as important for pilgrims and foreigners living in the Holy Land as for the local Christians.