Days After Surgery, Wounded Palestinian Child Moved Back To Prison 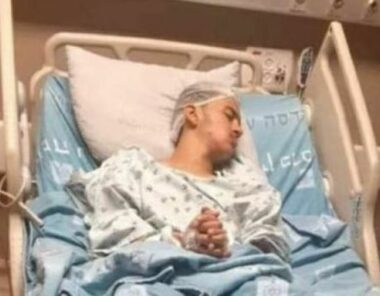 The Israeli Prison Authority moved, Sunday, a detained wounded Palestinian child from Hadassah Israeli Medical Center, in Jerusalem, back to Majeddo prison, just days after he underwent a platinum implant surgery in his lower jaw.

The Palestinian Prisoners’ Society (PPS) said the imprisoned child, Mohammad Monir Miqbil, 16, was moved back to Majeddo prison, although he still needs to recover from the surgery, he underwent this past Wednesday.

Mohammad, from the al-‘Arroub refugee camp, near the southern West Bank city of Hebron, was assaulted by several soldiers, on November 29, while he was heading to his school before they abducted him.

The child suffered a fracture in his jaw, in addition to many serious cuts and bruises to various parts of his body, when the soldiers assaulted him.

The PPS stated that the military court in Ofer Israeli prison is scheduled to hold a hearing on his case today, Sunday, and added that, in previous hearings, the court just remanded the wounded child to undergo interrogation after his discharge from the hospital.