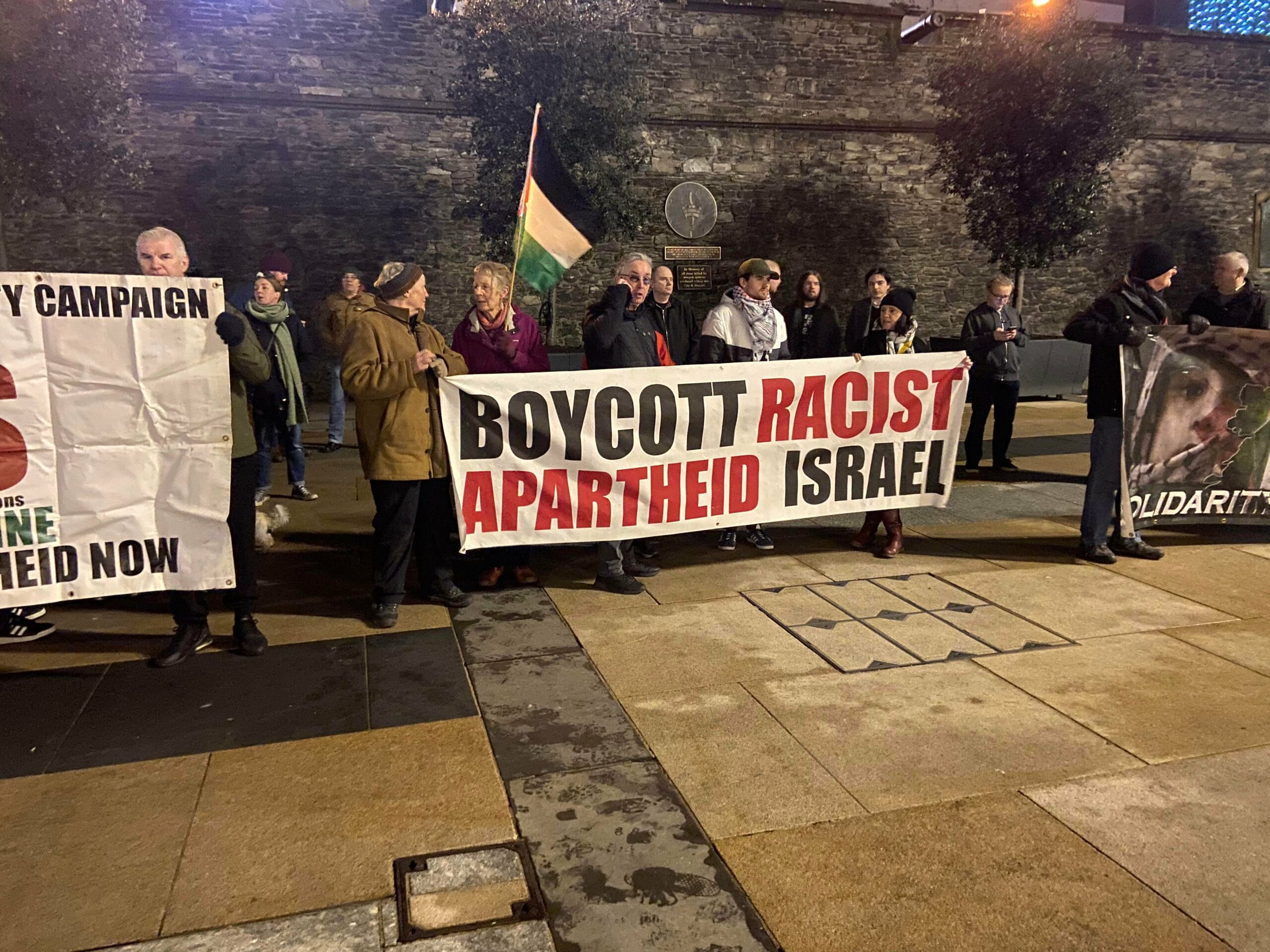 Derry City, Ireland. November 29, 2022: for IMEMC NEWS, Niall Ó Brolcháin: A large crowd was in attendance on Tuesday, November 29 at Guildhall Square, Derry, Ireland, for a vigil and flag projection to mark the United Nations (UN) International Day of Solidarity with the Palestinian People.

In a statement, the organizers of the event – the Derry branch of the Ireland-Palestine Solidarity Campaign (IPSC) said:

‘Today, November 29, is the day we stand together in solidarity with the people of Palestine. 74 years of dispossession, displacement, ethnic cleansing and massacres.

Palestinians are now living under a fully-fledged Apartheid system, imposed by the Israeli state which publicly professes Jewish supremacy. A Jewish State for Jewish people, now written into law.

The people of Derry, Strabane and Donegal have always and will always stand with Palestine. Today we re-affirm our solidarity and call on the Irish Government to sanction the Israeli state and pass the Occupied Territories Bill now!’

Catherine Hutton, chairperson of the Derry IPSC, also used the occasion to highlight the plight of a young Palestinian prisoner. Catherine said:

‘I want to take this opportunity tonight to highlight the plight of a young Palestinian man called Ahmad Manasra, 20 years old, who has been imprisoned by Israel since the age of 13.

An Israel court has again extended his solitary confinement by another four months. Ahmad has been tortured physically and psychologically for seven years.

During his time in prison, Ahmad’s mental health has severely deteriorated, and he has been diagnosed with schizophrenia. According to doctors, Manasra’s condition requires immediate specialist medical attention outside of prison.

The conditions to which Ahmad is subjected amount to torture and ill treatment and stands in violation of international human rights law.

The mother of the captive Ahmad Manasra demands the freedom of her son: “Not only should I care about my son’s cause, but also you. He is the son of all the world, all Palestinians.”

A flag was projected onto the historic walls of Derry declaring: ‘Palestine: This Land Will Be Free.’

Speakers at the event included the mayor of Derry City and Strabane District Council (DCSDC), Sandra Duffy and Eamonn McCann of People Before Profit (PBP).

Other branches of IPSC held events all over Ireland today including in Dublin, Limerick, Newbridge, Waterford, Navan and Belfast. 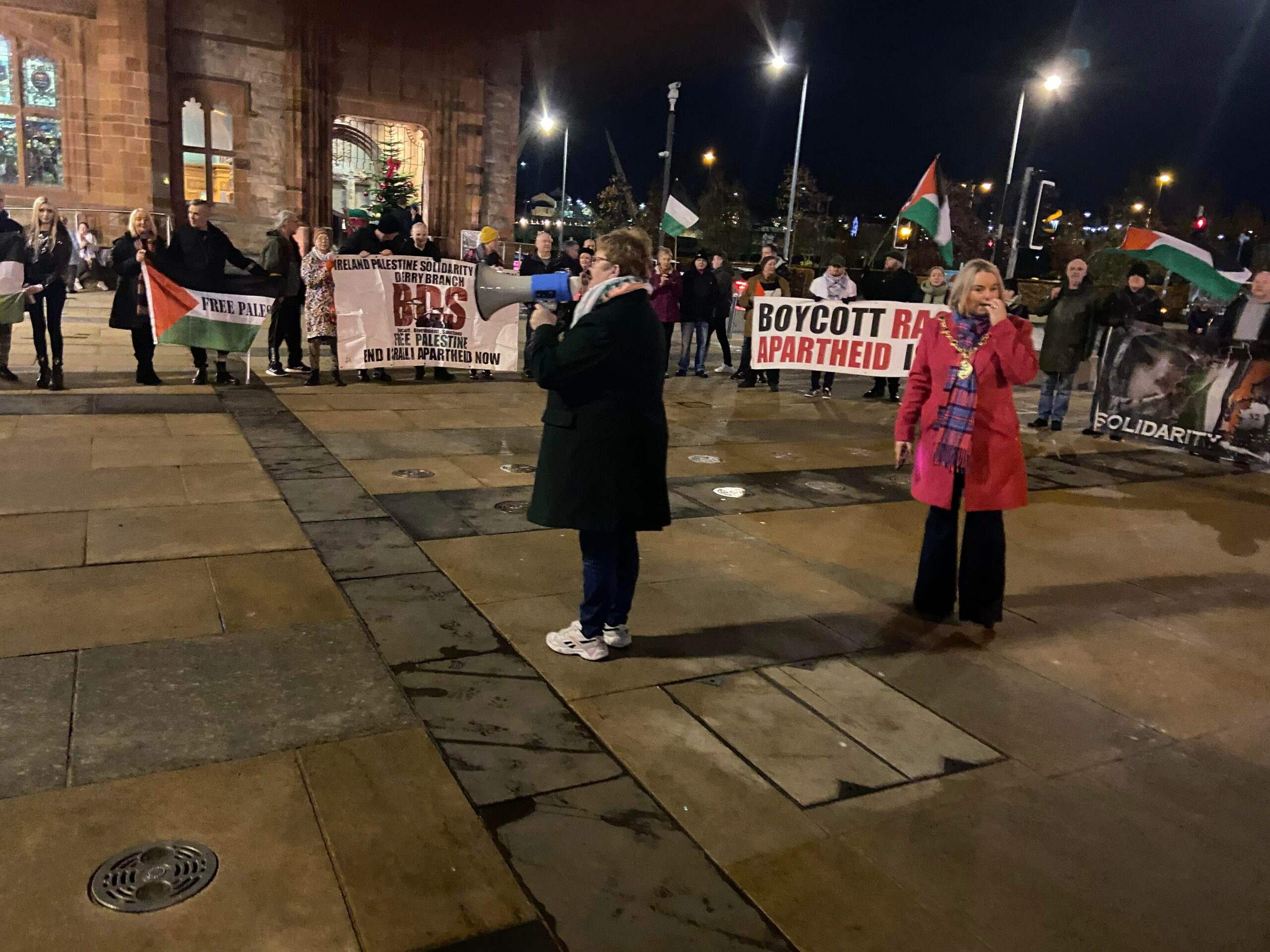 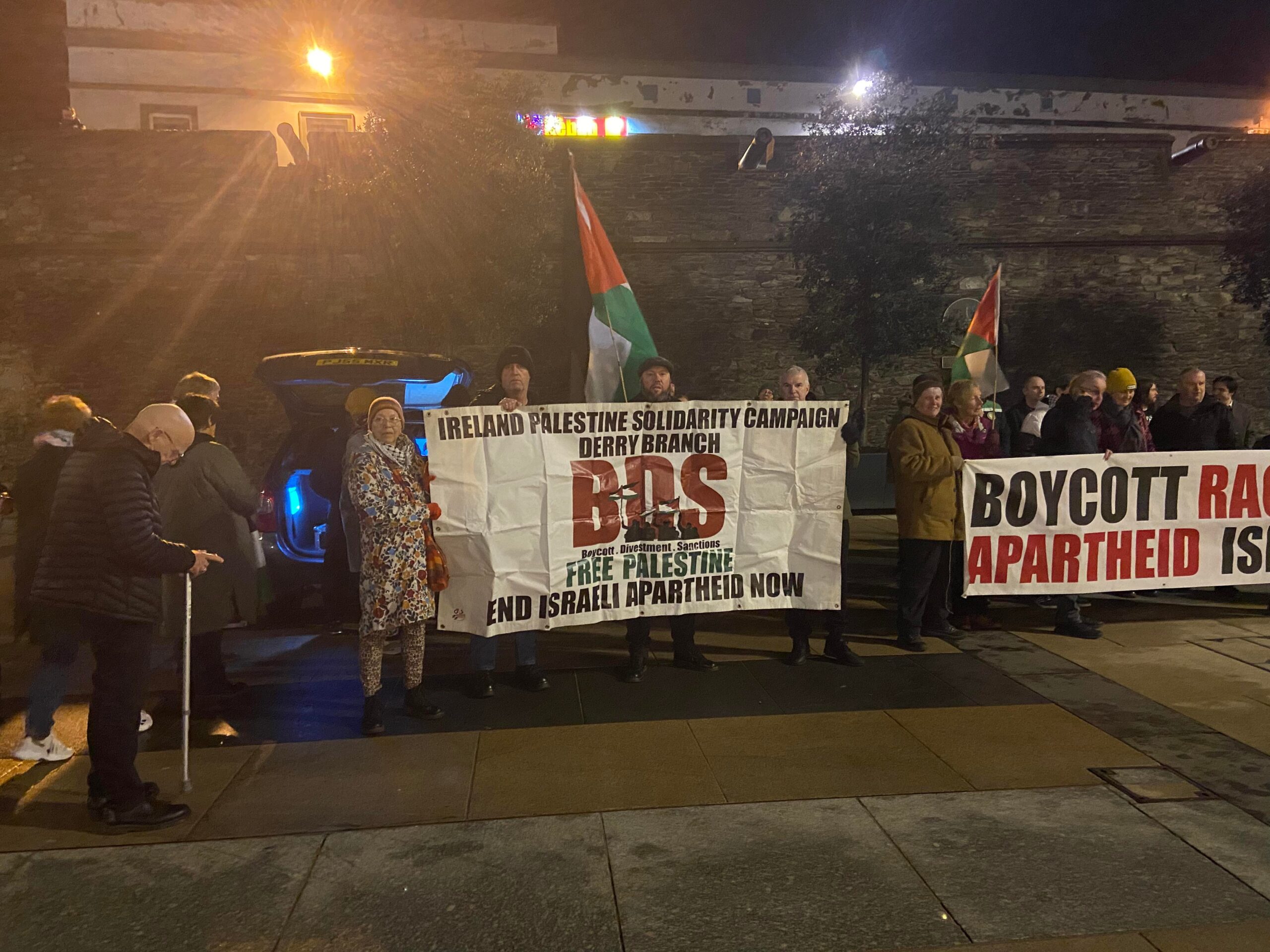 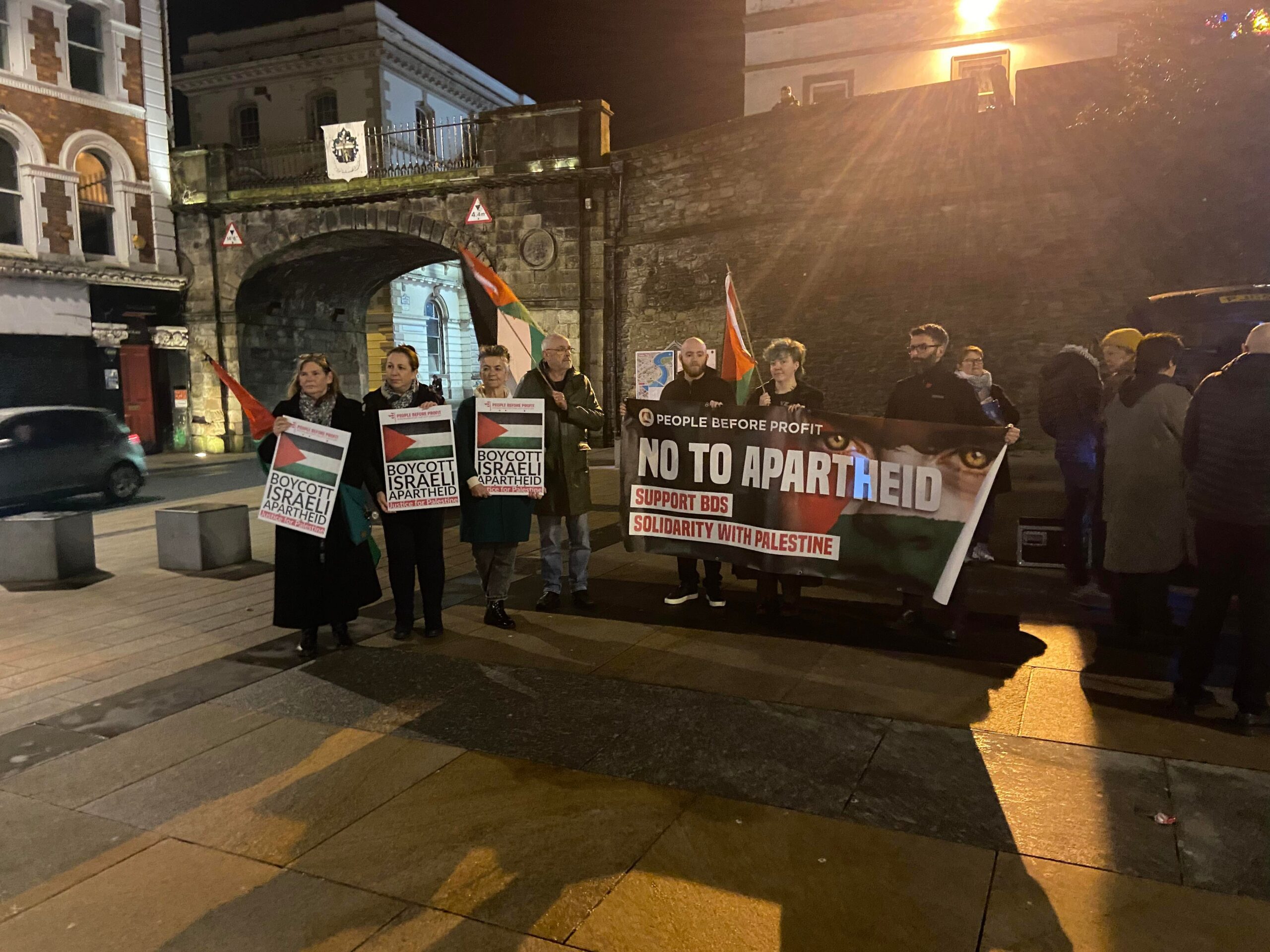 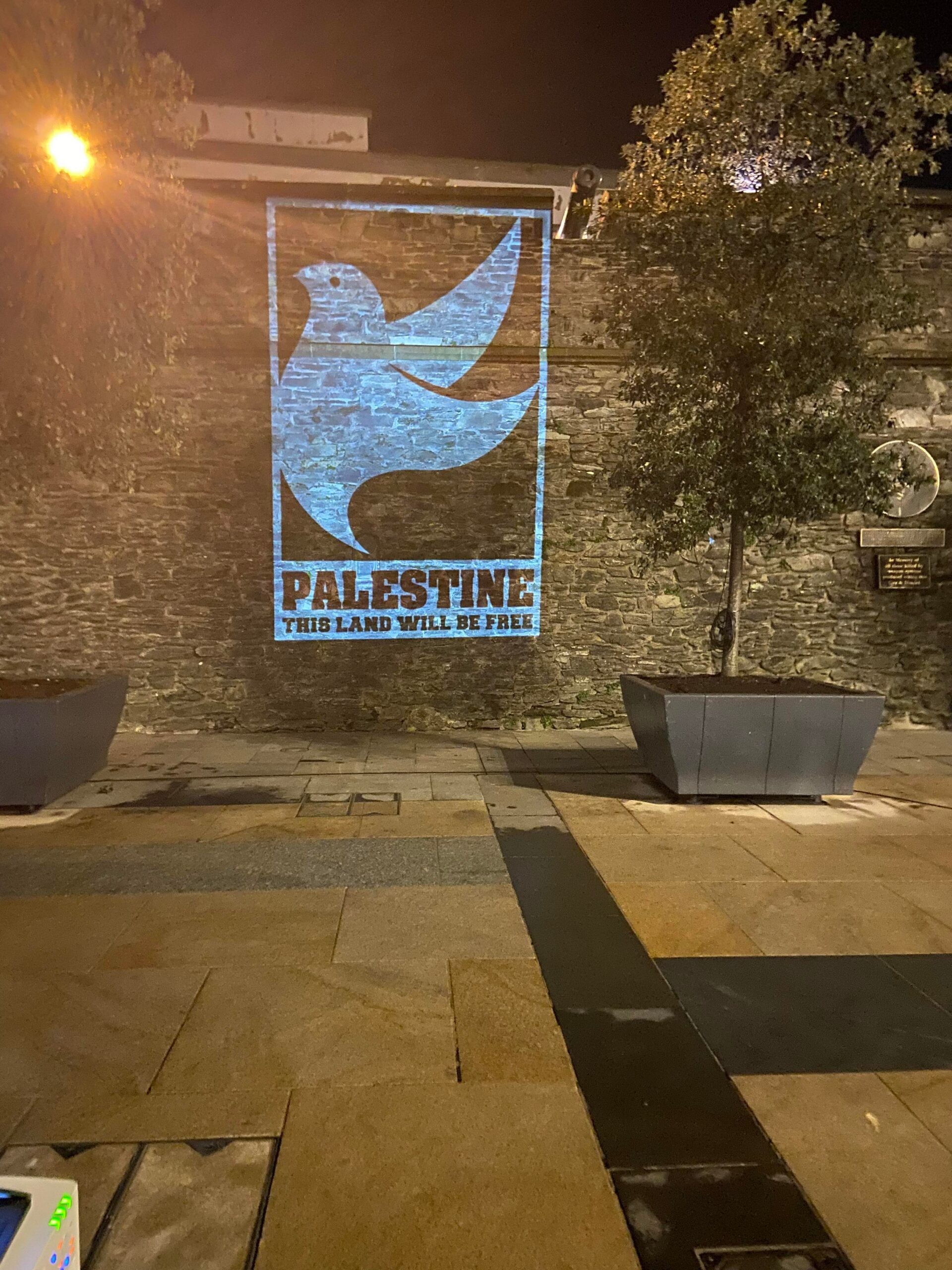