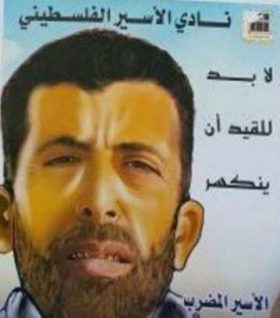 The Palestinian Prisoners Society (PPS) has reported that detainee Sami Janazra resumed his hunger strike, Wednesday, after suspending it for several days. The detainee went on strike for 70 days, protesting his arbitrary Administrative Detention, without charges.

The head of the Legal Unit of the Palestinian Prisoners Society (PPS), Lawyer Jawad Boulos, said Janazra suspended his strike after the Israeli prosecution asked the High Court to grant it seven days “to continue the interrogation” of the detainee.

He added that the Israeli prosecution claimed it intends to open an investigation after alleging “it obtained new information regarding his case”.

Boulos also stated that he demanded the Israeli court to voide the Administrative Detention decision against Janazra so that he can have his day in court, adding that the detainee has the right to defend himself and be represented in court, instead of being held without charges.

When Janazra paused his strike a week ago, he only took liquid foods, and said that he will resume his strike the moment Israel renews his Administrative Detention.

Janazra, from the al-Fawwar refugee camp, south of the southern West Bank city of Hebron, started the hunger strike on March 3, 2016, protesting his continued Administrative Detention.