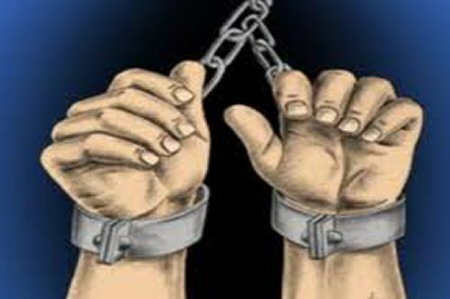 The Detainees and Ex Detainees Commission, Monday, warned that 2 Palestinians held in Israeli jails are critically ill and 1 of them may die.

Commission director, Qadri Abu Bakr, told WAFA that Sami Abu Diak and Bassam Sayeh suffer serious deterioration in their health and that 1 of them may die at any time.

Abu Diak, 33, from the northern West Bank city of Jenin, is serving a life sentence for ‘resisting the Israeli occupation’. Abu Diak suffers from kidney failure and has had a large part of his colon removed.

He has reportedly lost the ability to drink or eat. Patients with kidney failure often require hemodialysis to clean their blood.

Sayeh, who is also serving a life sentence, is suffering from blood cancer.

“Abu Diak and Sayeh live today on very strong painkillers and they cannot stand or eat. Their bodies do not respond to drugs and they have difficulty talking,” said Abu Bakr.

“Their situation, according to what we hear, is critical, particularly Sayeh whose situation has continued to worsen.”

Palestinians have accused the Israeli authorities of failing to provide proper medical treatment or delay treatment to ill prisoners, resulting in the deterioration of their health.

The Prisoners Commission said Israel’s inaction with regards to ill Palestinian prisoners, violates International Law, and is an assault on their natural human rights.

The Detainees and Ex Detainees Commission calls on all international and human rights organizations to pressure the Israeli authorities to transferring them to hospital to receive the medical treatment, that is urgently needed.