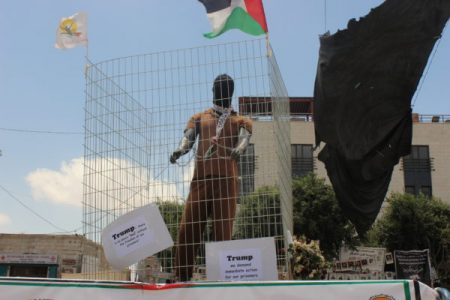 Donald Trump abandoned plans to visit Bethlehem’s Church of Nativity, today, due to the presence of a Palestinian protest outside the building.

The US President changed plans at the last minute, reportedly infuriating the Palestinian Authority by breaking with official protocol. Instead, Trump conducted a short meeting with Mahmoud Abbas and a press conference in which he condemned last night’s terror attack in Manchester. 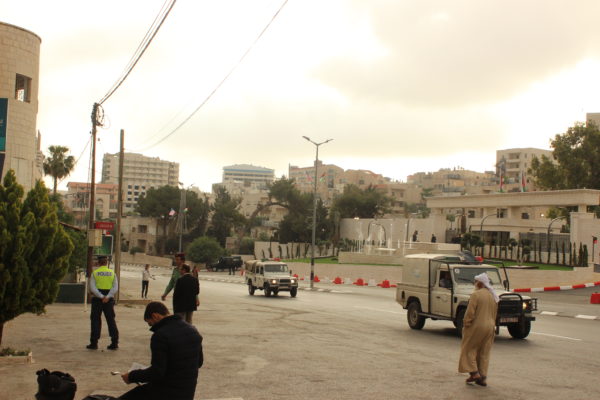 Security was high at Trump’s meeting, with the American convoy entering and exiting the Palestinian compound quickly and discreetly this morning. The President was greeted by an American marching band upon his arrival. Bethlehem’s Hebron Road was blocked off by scores of heavily armed Palestinian security service officers, and the whole process was observed by at least four snipers positioned on nearby rooftops. 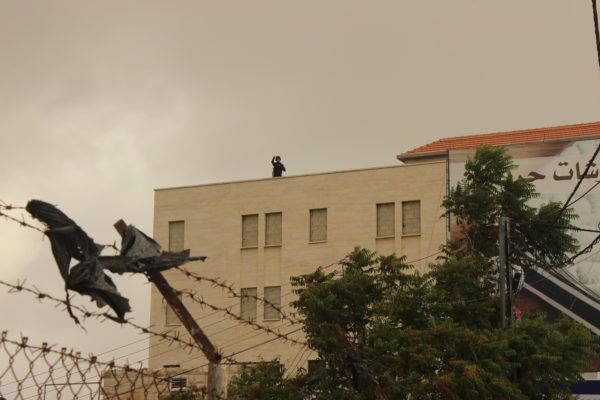 Palestinians had been holding a protest outside the Church, the celebrated birthplace of Jesus Christ, in solidarity with over 1,500 prisoners currently on hunger strike in Israeli jails. The majority of the prisoners have refused to eat since the 17th of April, and many are now refusing to drink water as well.

The prisoners are demanding an end to the practice of administrative detention, where Palestinians can be imprisoned indefinitely without charge, an end to solitary confinement and the right to family visits. Israel has yet to begin negotiating with the prisoners.

In the last few days, 70 of the prisoners have been moved to civilian hospitals due to a serious deterioration in their health conditions.

More stories at the official website of the International Solidarity Movement.