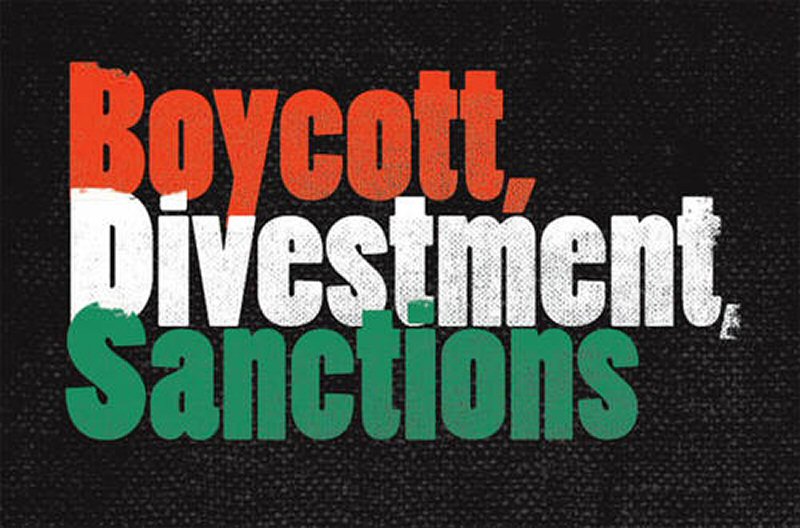 The Ireland-Palestine Solidarity Campaign (IPSC) has warmly welcomed the vote by Dublin City Council to formally support and endorse the Palestinian-led Boycott, Divestment and Sanctions (BDS) movement for freedom, justice and equality.

The motion, voted for by a majority of Councillors, according to the PNN, also commits the council to discontinue all business contracts it has with Hewlett-Packard (HP) and its spin-off DXC Technology due to these companies’ provision and operation of “much of the technology infrastructure that Israel uses to maintain its system of apartheid and settler colonialism over the Palestinian people.” In a separate motion, the council voted to call on the Irish government to expel the Israeli Ambassador.

IPSC Chairperson Fatin Al Tamimi praised the motions saying, “speaking as a Palestinian and a Dubliner I’m so proud that the local government of my adoptive the city has voted to stand in solidarity with the Palestinian people’s struggle for freedom, justice and equality. It is wonderful that Dublin City Council will now become part of the global Boycott, Divestment and Sanctions (BDS) movement called for by Palestinian civil society. It is particularly welcome that the council chose to focus on Hewlett-Packard and its spin-off DXC, as these companies have been profiteering from the violent oppression of Palestinians and illegal colonisation of their land.”

Ms. Tamimi thanked the Council for their principled stance, even in the face of interference by the Israeli Embassy: “I would like to sincerely thank all the councillors who voted in favour of the motion, in particular People Before Profit Councillor John Lyons for moving the motion on BDS. It is concerning that, once again, officials of the Israeli Embassy sought to attempt to interfere in Irish democracy by writing to the Lord Mayor demanding he block the motion from even being discussed. I, therefore, thank the Lord Mayor for of Dublin for his support for the motion and refusing to accede to the demands of the Israeli Ambassador. I also thank the councillors who moved and voted for the motion supporting the expulsion of the Israeli Ambassador – showing that the majority of Dublin’s councillors do not welcome this professional apologist for war crimes and human rights violations.”

Ms Tamimi concluded, saying that: “BDS is the most effective way for international supporters of Palestinians rights to put pressure on the Israeli state to end its decades of colonial oppression of my people. It is especially poignant that this motion was passed as we approach the 70th anniversary of the Nakba, the violent dispossession of two third of the indigenous Palestinians in 1948 – a dispossession that continues to this day, and which most recently has seen the murder of some 30 unarmed Palestinians in Gaza as they protest for their Right of Return mandated under international law.

I would urge all people who care about the rights of Palestinians to get active in the BDS movement in Ireland and join organisations like the Ireland-Palestine Solidarity Campaign, Academics for Palestine, Students for Justice in Palestine, Trade Union Friends of Palestine, Sadaka, and others to help Palestinians achieve freedom. Finally. we would urge other councils around Ireland to emulate Dublin by adopting similar motions in support of the rights of the people of the Palestine.”